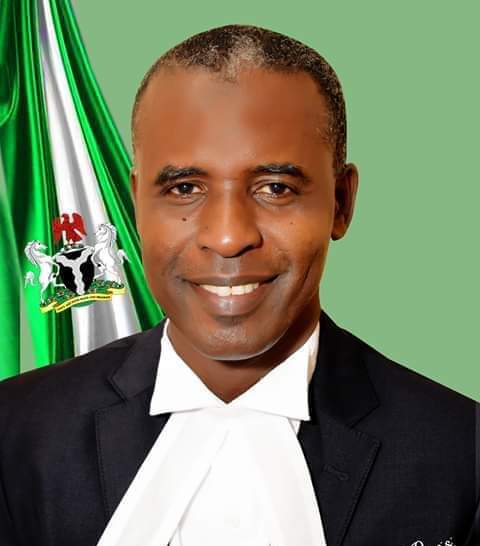 The Kano State Attorney-General and Commissioner for Justice, Ibrahim Mukhtar, has denied that the state government ordered the banishment of the former Emir of Kano, Mallam Muhmadu Sanusi Ii.

Mukhtar, while responding to queries on Channel TV on Wednesday morning, said that when the emir was deposed, the statement confirming his deposition, which was read by the Secretary to the State Government, Usman Alhaji, did not utter the word “banished”.

He however added that the banishment of the deposed emir was a decision taken in the interest of safety, peace and avoidance of friction.

Vehemently disassociating the state government from the banishment of the emir, the Kano State number one law officer said that it was not neither initiated nor executed by the administration of Governor Abdullahi Ganduje

He hinted that the security operatives who whisked Sanusi away from the Kano palace to his current location in Nassarawa State were acting in tune with the prevailing security circumstances.

Dismissed the allegations by counsel to the former emir, A. B. Mahmoud, SAN, that the fundamental human rights of the deposed emir were been infringed upon, Mukhtar stressed that the state government solely executed an administrative role.

Mahmoud had disclosed that Muhammadu Sanusi had asked him and his colleagues to challenge his banishment and incarceration.

Arguing that the security operatives may have been acting to protect the palace, the families domicile in the palace, the AG further posited that they also may have acted to ensure the safety of the deposed emir.

Alleging that unauthorized persons, as at the time, were reported to have gained access into the palace, he argued that this may have warranted the need for safety measures, adding that the security agencies must have acted in the overall interest of the people of Kano, an action which he said would have been determined by facts and circumstances.

He therefore urged Sanusi’s lawyers to obtain comprehensive facts from security agencies to appraise what led to his banishment before branding it as a breach of the fundamental rights of the former emir.

Mukhtar averred that banishment of emirs in the aftermath their deposition is an old tradition which dates back to colonial era, adding, “You cannot have two emirs at a time.”