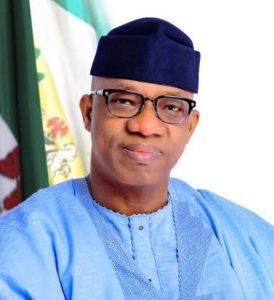 The Ogun State government on Monday said the state would absorb all the shock that its proximity to Lagos brings, with the influx of commercial motorcycle, popularly known as Okada operators to Ogun State border towns with Lagos.

This was made known in Abeokuta, the Ogun State capital, through the state’s Transport Committee Chairman, Barr. Femi Adeniyi.

The government said that as a “responsible and responsive government,” it has observed that okada riders have started pouring into Akute, Alagbole, Ajunwon, Sagamu, Ijebu – Ode, Ifo, Ibafo and Mowe areas of the state, following the restriction order placed on their operations in some designated areas of Lagos State by the state government.

Adeniyi said such inevitable migration from Lagos to Ogun has its advantages, as the new settlers would also join hands with others to drive the socioeconomic development of the Gateway State to a higher level, but cautioned them to be law abiding.

Stressing that should the “agents of darkness” among the genuine Okada operators dare try to practice what caused their eviction from Lagos, similar fate would befall such person or individuals.

In the same vein, the state governor, Prince Dapo Abiodun, while speaking to BBC reporter in London, noted that “as people begin to migrate from Lagos to Ogun, to either live, work or play, the state is ready to give them quality education, quality health care, transportation, clean water and clean power.”

The governor made this known in an interview on a British Broadcasting Corporation, BBC, Radio programme, Focus on Africa.

Lauding the decision of the United Kingdom government to identify the state as one of the beneficiaries of an $80 million Fund under the aegis of its Global Future Cities Prosperity Fund Programme, Governor Abiodun said that the inclusion of Ogun State in the scheme “is a testimony to the fact that the state is not just a Gateway State to Nigeria, but the fact that the leadership of the state is poised to brace up to the challenges and turn all the push factors of the continent’s fifth largest economy to pull factors that can stand the test of millennial development.”

The Global Future Cities Prosperity Fund Programme recently identified Ogun State as one of the 19 cities in 10 countries that would benefit from the prosperity fund set up by the UK government.

He said, “Fortunately, the Global Future Cities Prosperity Fund Programme has rightly identified Abeokuta as one of the 19 cities in 10 countries that will participate in the Global Prosperity Future Cities Programme. What does this speak to? It speaks to recognizing the fact that today Ogun State is called the Gateway State for a reason – because you cannot traverse between Lagos and the rest of Nigeria without going through Ogun State. Ogun State has now become an overflow to Lagos.

“We must be prepared for that overflow in all ramifications. So, as people begin to migrate from Lagos to Ogun, to either live, live, work and play, we must ensure that we provide for them quality education, quality transport and health care; we must provide clean water, clean power, clean environment and good physical development,” he said.

The governor stated that the present All Progressives Congress, APC, administration in the state would give the state a facelift that would attract the kind of investment capable of turning the state into a city that would withstand modern development in terms of architecture and infrastructure.

Governor Abiodun, who visited Kings Cross Station in London, said he was guided by the fact that 10 years made a difference, saying, “Ten years ago what it looked like and what it now looks like today and the idea was for me to have a look and feel of how a slum can now be regenerated into a new city where people can live, work and play. So, everything we are doing in the state now is private sector driven. We’ve put in a lot of reforms to ensure that Ogun State is indeed ready to work the talk.”

He disclosed that the state has also put in place an agency – Ogun Invest, the Ogun State Investment Promotion Agency – that would be saddled with the responsibility of doing everything that needs to be done to encourage the private sector to do business with the state with relative ease.

Prince Abiodun added that his administration knows full well that such development couldn’t be embarked upon without considering the welfare of the people, saying that all is now set in the state to make use of the over 12,000 sqm of arable land for the purpose of making the state a food basket.

His words, “You cannot be doing these things without ensuring that you put food on the table of the people. Ogun State is an agricultural state, we are about 16,000 square meters, out of which 12,000 square metres is arable land. We are the closest to the fifth largest economy on the continent; we are the closest to the largest seaport in Nigeria; the biggest airport in Nigeria. So, we have everything it takes to feed Lagos State. We have now decided that we are going to make agriculture our priority, because through agriculture, we can feed ourselves, we can employ our people, and we can generate revenue.”