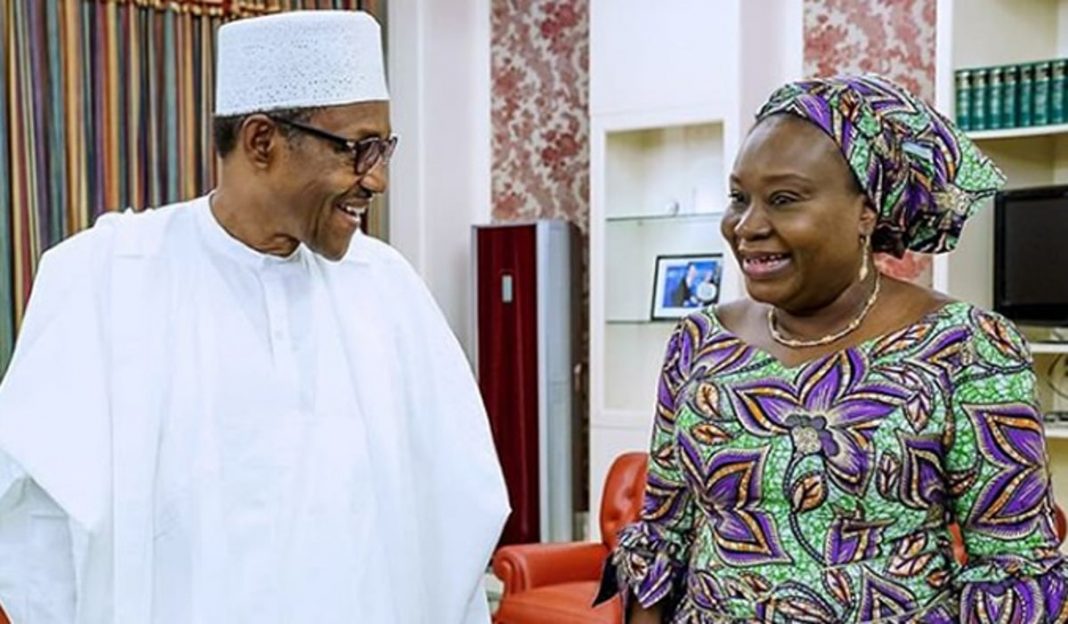 President Muhammadu Buhari on Wednesday administered the oath of office on Dr Folasade Yemi-Esan as the new Head of the Civil Service of the Federation, HOCSF.

The swearing-in of the Head of Service, which took place at the Council Chambers of the State House, Aso Rock Villa, Abuja, was witnessed by the Vice-President Yemi Osinbajo and other cabinet ministers as well as presidential aides.

She was sworn-in at exactly 11:07 hours, before the commencement of the Federal Executive Council meeting preside over by President Buhari, who had Buhari had on Friday confirmed Yemi-Esan as Head of the Civil Service of the Federation and also approved the retirement of Mrs Winifred Oyo-Ita.

The development was confirmed in a statement by Mr Olusegun Adekunle, Permanent Secretary (General Services Office), Office of the Secretary to the Government of the Federation.

Yemi-Esan was first appointed in an acting capacity by the President in September 2019.

The new HoS, was born on August 13, 1964. She was appointed a Permanent Secretary in 2012 and at several times served in the ministries of information, education and petroleum resources.

She has also served as the Secretary to the Committee on the Selection of Permanent Secretaries in the office of the HoS.

Her last appointment before she became Acting HoS was Permanent Secretary, Ministry of Petroleum Resources.