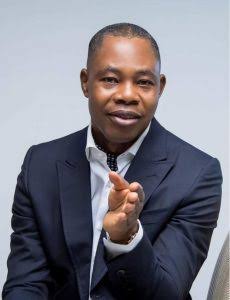 In partnership with the Nigerian Ports Authority, NPA, Hon. Ade Adeogun, the Deputy Chairman, House Committee on National Security and Intelligence reached out to artisans and enlivened members across the 26 wards of Akoko SE/SW federal constituency of Ondo State yesterday, Thursday, January 23.

The empowerment programme which held at CaringHeart Hall, Oba-Akoko, saw traditional rulers, political leaders, market women, indigent artisans, APC stalwarts and members of other political parties airing their minds on the giant strides of Hon. Adeogun since he was inaugurated their representative at the House of Reprentatives seven months ago.

Dignitaries at the event all took turns to preach unity amongst members of the All Progressives Congress, APC, and sought unabated support for Hon. Adeogun as beautiful brand respresenting the federal conatituency.

About 120 fashion designers, barbers and hair dressers benefitted from the laudable programme and went home with tools related to their skills.

The facilitator, Hon Ade Adeogun promised to do more, as he described this as only a tip of the iceberg, even as he encouraged the beneficiaries to make judicious use of the tools in order to justify his intention to boost the spirit of entrepreneurship and aid small scale businesses in the constituency.

Adeogun further reiterated his commitment to the establishment of a Business Incubation Centre in the constituency, where small businesses can be nurtured and grown into profit-making ventures in order to alleviate poverty within the environment and curtail the rate of crimes and vices amongst unemployed youths, because as the popular saying goes, an idle hand they say is the devil’s workshop.