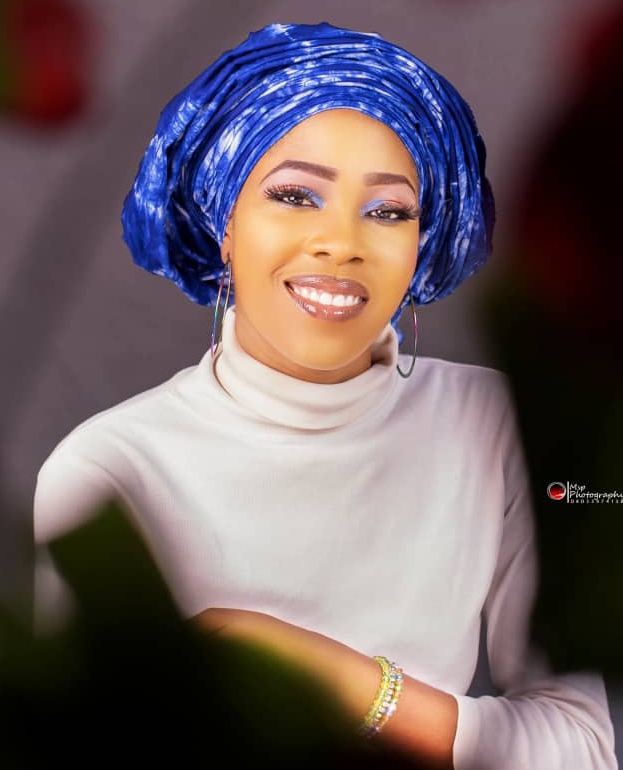 All lovers of Islamic music around the ancient town of Iwo, in Osun State and its environs would on Sunday, March 6, be treated a high calibre rendition of the latest Islamic songs, as a 25-year-old upwardly mobile and pretty thespian, Hajia Taiwo Kabirat Hormoajao Bewaji, launches her first Islamic music album.

Born in Iwo, some 25 years ago, Kabira attended Anwarul- Islam Grammar School, Oluponna, Iwo, Osun State, where she developed passion for music in 2011. She however proceeded to the Federal College of Education (Special), Oyo, in Oyo State, where she studied Social Studies with Music as the area of specialization.

Speaking on the Sunday, March 6 outing, the single but not searching budding Islamic crooner said that the day will, In Sha Allah, feature three items namely: Omobewaji Day; aunching of her first album and award presentation to some deserved dignitaries, who were chosen by a committee based on their credibility, honesty, service to humanity, credibility and patriotism.

She further disclosed that the event will hold at the JBO Hotel and Suit, Iwo and the time, according to her, is 10 a.m prompt.

Speaking about her foray into the crooning world, the soft spoken thespian volunteered that she never inherited music from the family, saying that she is actually the pioneer singer in her family.

She reiterated that her family’s supports for her chosen vocation is because of their conviction that Islamic music is the type of career that does not give room to waywardness, adding that her family cherishes good name and abhors any vocation that can tarnish the family’s image.

On the focus of her music, she told CompassNG that, her focus is on how to use her music to promote societal good and discourage societal ills prevailent amongst the youth of nowadays, like cultism, fetish rituals, Yahoo-Yahoo and acts of hooliganism.

She informed that her music would also be directed towards encouraging good governance, peaceful co-existence, political stability, social order and economic development, through hard work among others.

On marriage, giggling with laughter, Kabira confessed that “though I am single, I am not searching, because I don’t want distraction at this initial stage of my career, as total focus and full concentration is the magic of success.”

However, despite her ‘single and not searching posture,’ does not deny that men are making love overtures to her.

She added, “I handle them politely with maturity as they come, because it is natural for men and even women to move towards the opposite sex at the right age. And when we eventually get to the marriage bridge, we will seek Allah’s face on how to cross it.”

Interestingly, Ms Bewaji and Hajia Aminat Omo Ajao, aka Obi Rere, who she said is her role model, have never met, Kabirat insisted that Obi Rere is somebody she looks up to and somebody she wants to be like in the music industry.

And without minding words, Obi Rere is the rave of the moment in the Islamic music genre, and Kabirat wants to be like her because her fans and admirers say she sings like her role model.

Against that background, she is looking forward to a day they would meet, embrace and hug as daughter would do to her mother, then seek her advice on how to be great in the industry.

Admission to the album launch is free, but with a caveat: “No Ankara uniform and face mask, no entry,” she said, disclosing that the Ankara uniform goes for N2,500 only.

The upcoming crooner however revealed that the first and second consignments of the Ankara had been exhausted, but assured however that, “more consignments would be available on or before the D-Day.”