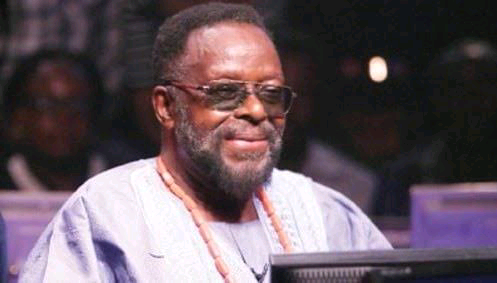 Williams, popular for his roles in hit soap operas such as Village Headmaster, Ripples, and Mirror in The Sun, died on Sunday at his home in Ikom, Cross River State, South-South region of Nigeria. He had been ill for a long time.

His passing was disclosed in a statement made available to the media by his family.

Williams earned in his lifetime, a prestigious national honour of Member of the Order of the Federal Republic, MFR, in 2008.

He was the inaugural President of the Actors’ Guild of Nigeria, AGN, and had a career that spanned over five decades.

As a bright and enterprising young man, Williams immediately after independence, travelled overseas to develop himself in England.

Educated at the famous CMS Grammar School, Lagos, Williams was the first actor to ever perform on top of Zuma Rock in Abuja, Federal Capital Territory, FCT, 1,200 feet high, where he performed his late friend, Maman Vatsa’s poem, ‘The bird that sings in the rain.’