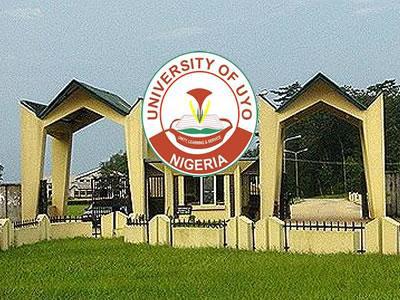 The Vice Chancellor of the University of Uyo, UniUyo, Prof Nyaudoh Ndaeyo, has been directed by the Senate to recover and refund the sum of N635 million overpaid to the staff of the institution in 2017.

The Senate Committee on Public Accounts Committee, headed by Senator Matthew Urhoghide, relying on the 2017 Auditor General’s report, uncovered the overpayment to staff of the institution.

The Auditor General had in its 2017 report, which is currently being considered by Senate, alleged that the management of the university under- deducted ‘Pay as You Earn’ PAYE, tax totalling ₦635,700,792.65 from staff salaries and emoluments of workers in 2017.

But responding to the allegation, the VC claimed that the Akwa Ibom Internal Revenue Service, AKIRS, which is the relevant tax authority and which regularly handles tax audit has not made any claim against the university for the claimed bogus amount.

The VC added that a sum of N87.4 million was paid as tax in that same year.

The Chairman of the Committee, however, rejected the VC’s explanation, and hence, ordered the management of the institution to refund N635 million to Akwa Ibom Internal Revenue Service, AKIRS.

The query reads, “Finance Treasury Circular No. TRY/A1 & B1/2009 OAGF/CAD/026/V/12 dated 19th January, 2009 emphasized on the correct and complete deduction of VAT, WHT and PAYE and remittance of same to the Relevant Tax Authority. Paragraph VI of the Circular states that any violation of the directive will be regarded as gross misconduct and shall attract commensurate disciplinary action.

“During the periodic check, it was observed that the management of the university under-deducted Pay as You Earn, PAYE, Tax totalling ₦635,700,792.65 from staff salaries and emoluments of workers in 2017.

“Additionally, records of the amounts of PAYE that ought to have been remitted to the relevant tax authority were not produced for audit. As a result, government revenue totalling ₦635,700,792.65 was lost, while staff were overpaid in the same amount.

“This may lead to loss of government revenues, which will impact on its ability to execute projects that will benefit the citizens.

“The Vice Chancellor is required to recover the under deducted tax, PAYE, in the sum of ₦635,700,792.65 and remit to the appropriate State Internal Revenue Board and forward the evidence of recovery and remittance to my office.”