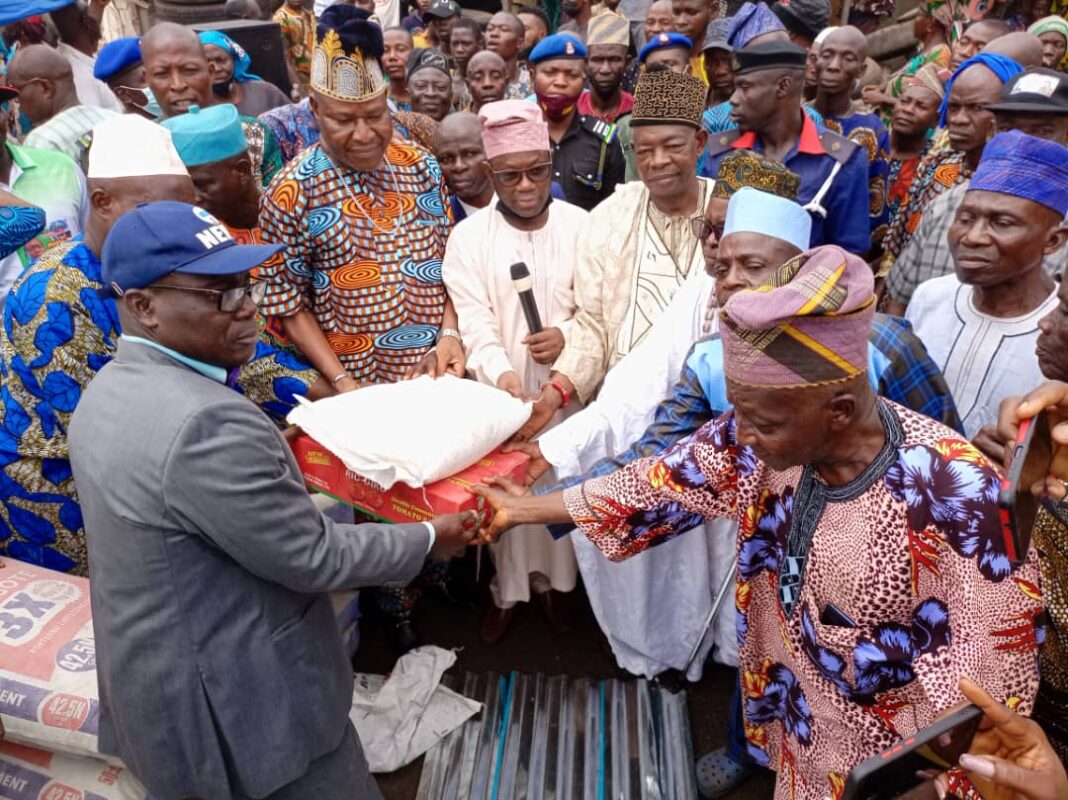 The lawmaker representing Oyo South senatorial district in the upper chamber of the National Assembly, Senator Kola Balogun, has faulted the claim of a group on the relief materials presented to victims of the fire incident that gutted the Araromi Agodi Automobile Spare Parts Markets, last April.

Recall that the National Emergency Management Agency, NEMA, had on Wednesday last week, presented foodstuffs and building materials to the victims, as facilitated by Senator Balogun.

But a group, under the aegis of Generation Next Collective, GNC, and which claimed to be non-political, came out with a false narrative, calling on the beneficiaries of the NEMA gesture not to appreciate Senator Balogun. 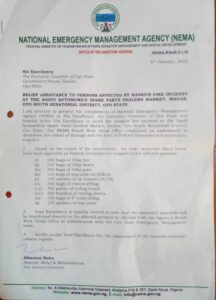 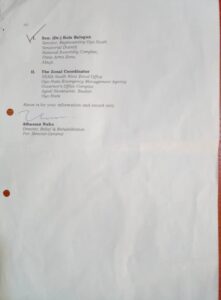 In a statement published by an online medium, the group claimed that, rather than Senator Balogun, it was the 14 federal lawmakers in the House of Representatives who facilitated the relief materials presented to the victims of the fire incident.

However,in a statement by his Specila Adviser, Media and Publicity, Dapo Falade, Senator Balogun, faulted GNC’s position and its claim to being non-political.

Balogun said that he would have ignored the statement nad allow the group to continue to wallow in its ignorance, but for the need to enlighten the people and set the record straight.

Senator Balogun said, “I would have chosen to be silent on the false narrative by the so-called non-political group. But I have to come out to correct the falsehood, for the sake of the public, especially my constituents in Oyo South senatorial district.

“In the first instance, I don’t know what this group wanted to achieve by the false narrative it is spreading, as reported by one online medium.”

Wondering why the group seeks to play cheap politics with the unfortunate event that occured at the Araromi Agodi Automobile Spare Parts Dealers Market last April, which had rendered many of the victims jobless, the senator asked, “What do they and their sponsors stand to gain in reading politics into the kind gesture of the Federal Goverment that reached out to the victims through NEMA?

“Are they out, by spreading this falsehood, to create bad blood and create enmity between me and my colleagues in the National Assembly who are from Oyo State?”

He further added, “To the best of my knowledge, I facilitated the relief materials presented to the victims of the unfortunate massive fire incident by NEMA, and in collaboration with the Oyo State Emergency Management Agency, OYSEMA.

“This much NEMA alluded to in its letter to the Oyo State governor, Engineer ‘Seyi Makinde, to notify him of the intention of the agency to present the victims with the relief materials.

“As clearly indicated in the letter, signed by its Director, Relief and Rehabilitation, Alhassan Nuhu, NEMA wrote to Governor Makinde and also copied me, its South-West Zonal Office and OYSEMA.

“Without seeking to berate my lawmaker-colleagues, and in view of the fact that a motion was sponsored by Honourable Ajibola Muraina, on the same subject matter, all I tried to do with this particular outing was to honour the invitation of the Federal Government to grace the public presentation of the relief materials, based on my efforts and support to make the approval and delivery of the relief materials a reality.

“I never claim any singular honour as the facilitator of the relief materials. Rather, I only spoke about the efforts I made to get the intervention from NEMA.

“I clearly said it during the presentation that the beneficiaries and my other constituents should not see me as doing them any favour. Rather, I am only doing what they sent me to do as their representative in the National Assembly.”

Admonishing GNC to desist from turning a calamity that affected the generality of Oyo South senatorial district constituents, Balogun said, “Rather than seeking to play cheap politics with what affects the generality of our people and their means of livelihood, I will advise the group and its ilks to let us concentrate more on delivering on our electoral promises to the people.”