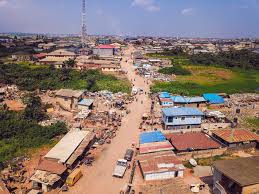 After almost 20 years of suffering, reprieve came the way of residents of Denro – Ishashi in Ifo Local Government Area of Ogun State as the state government has approved the construction of the 4.6 kilometre Denro-Ishashi-Akute road and two other roads in the state.

Ogun State Commissioner for Works and Infrastructure, Ade Akinsanya, listed the roads for construction to include the 4.65 kilometre Denro-Isashi-Akute road, the 2.3 kilometre Olusegun Osoba-Toyin road, Agbado, both in Ifo Local Government Area, and the 3.2 kilometre Molipa-Erinlu road in Ogun East senatorial district.

Speaking with journalists, in Abeokuta, the state capital, after the virtual state Executive Council meeting, Akinsanya pointed out that the Denro-Isashi-Akute road had been long abandoned, adding that residents had been traumatised by its bad condition.

He said, “The two roads in Ifo Local Government Area are very vital. These roads link us (Ogun State) with Lagos State and they are part of the linkage this administration is relying on to revitalise the economy in this area. There will be a brand-new road linking this place to Lagos soon.”

The commissioner maintained that when completed, the roads will contribute immensely to the socio-economic growth of the state and also help to improve the security architecture of the state, adding, “The impact of the roads will be felt across the state. When work begins, no fewer than 4,000 people will be provided jobs directly and indirectly.”

Noting that no fewer than four road projects would be presented, every two weeks, for the state exco’s approval, Akinsanya revealed that some roads awarded by the current administration in the first phase of road projects have been completed; adding that others that had not been completed would be completed as soon as the rain subsides.