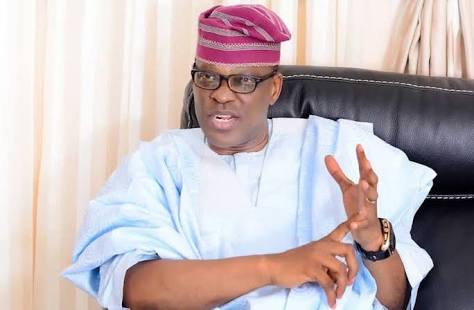 The governorship candidate of the Peoples Democratic Party, PDP, in the forthcoming O river 10 gubernatorial election, Mr Eyitayo Jegede, SAN, has said that he would embark on masses-oriented programmes, if voted into power.

He made the pledge yesterday in Uso, Emure, and Ipele communities in Owo Local Government area of the state, in continuation of his campaign rallies.

Lamenting the neglect of the common masses by the All Progressives Congress, APC,government in the state, Jegede said that unemployment had been on the increase in the last three and half years.

He said, “The coming government is for the poor; especially the farmers, widows and the youth generally; and the PDP government will provide basic social amenities such as electricity, health centres, schools and roads, which are currently lacking in most of the communities.

“Look at how our young graduates in large number keep roaming the streets, while some have even taken to crime, because there are no jobs, and the government is less bothered.”

Jegede also promised that he would ensure that all abandoned roads are tarred, and make money available to farmers and traders to enable them procure needed farm tools and boost their businesses.

The governorship candidate similarly enjoined students and their parents not to lose hope, in view of the exorbitant tution fees imposed by the current APC government, as he would “crash the unreasonable tuition fees once I am elected.”

Appealing to all stakeholders to work together in ensuring a free and fair poll on October 10, the gubernatorial candidate said, “Such will put those who are beating the drums of war out of business.”

He urged voters to go out and perform their civic responsibility, in thier respective areas without exercising any fear, adding, “They said the election will be hard; don’t mind them. Go out and cast your votes for the PDP and make sure you abstain from anything that can cause crisis.

“Rest assured that the coming election will not be hard, because God Almighty will take control.”

In his response, the monarch of Uso, the Oloba, Oba Ademola Olanipekun, lauded Jegede for his peaceful conducts and for coming up with people-oriented programmes.

The monarch said, “My people in Uso loves you and I am convinced that victory shall be yours at the end of the day.”

Oba Olanipekun also appealed to all politicians in the state to abide by the rules of the game and help ensure a violence-free governorship election.

2023: Neither Tinubu Nor Osinbajo Is Fit