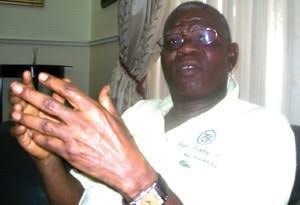 The appointment of Barr Olalekan Onafeko as the acting Clerk of the Lagos State House of Assembly has been described as totally unacceptable.

An association of Lagos State indigenes, Omo Eko Pataki Forum, 2hile condemning the appointment in a release signed by its Trustee and former Minister of Communication, General Tajudeen  Olanrewaju, on Tuesday, said, “This is totally unacceptable. There are a lot of indigenous Lagos State natives, who are capable to fill the appointment. This one appointment begs the issue at stake.”

The Forum added, “The state Assembly has not set a good example. Overwhelming majority of the members are non indigenes and have brought nothing beneficial or significant to the people of Lagos. Most of the laws passed by the House have benefited only a few mandarins.”

Olanrewaju, who is also former GOC 3rd Armoured Division, said, “This appointment must not stand. It’s time Lagosians began to fill vacant places and spaces. The state Assembly should redeem its public policy image against the indigenes.”