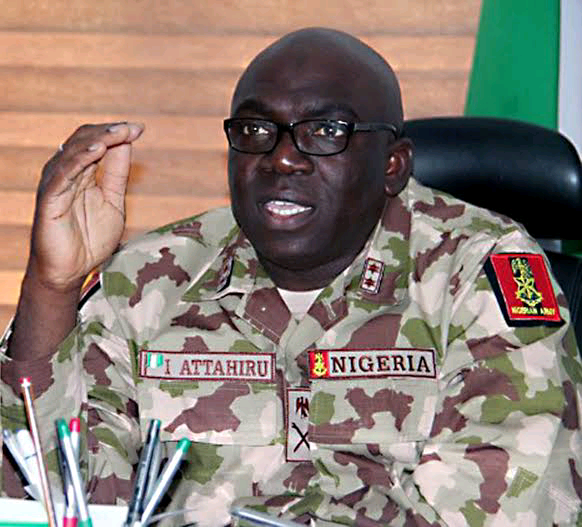 The House of Representatives and the Chief of Army Staff, Lt Gen Ibrahim Attahiru, on Monday had a face of over the oversight functions over the investigation of arms procurement.

The CoAS had appeared before the House of Representatives’ ad hoc committee investigating arms procurement, with the appearance causing a standoff between the Army chief and the committee members, as the latter refused to apologise over his inability to attend prior invitations.

Recall that the committee had summoned the CoAS and the governor of the Central Bank of Nigeria, CBN, Godwin Emefiele, on March 22 and April 7, 2021 respectively.

While appearing before the house committee on Monday, the CoAS said he was unable to make it to the summons due to different engagements over internal security.

He also refused to speak on the report he submitted to the committee.

On the report, he said the executive summary should suffice. This position, however, angered some members of the committee, who argued that he should speak under oath.

A member of the committee, Bede Eke, asked the “CoAS to speak on the road, to be sure that it emanated from the office of the CoAS.”