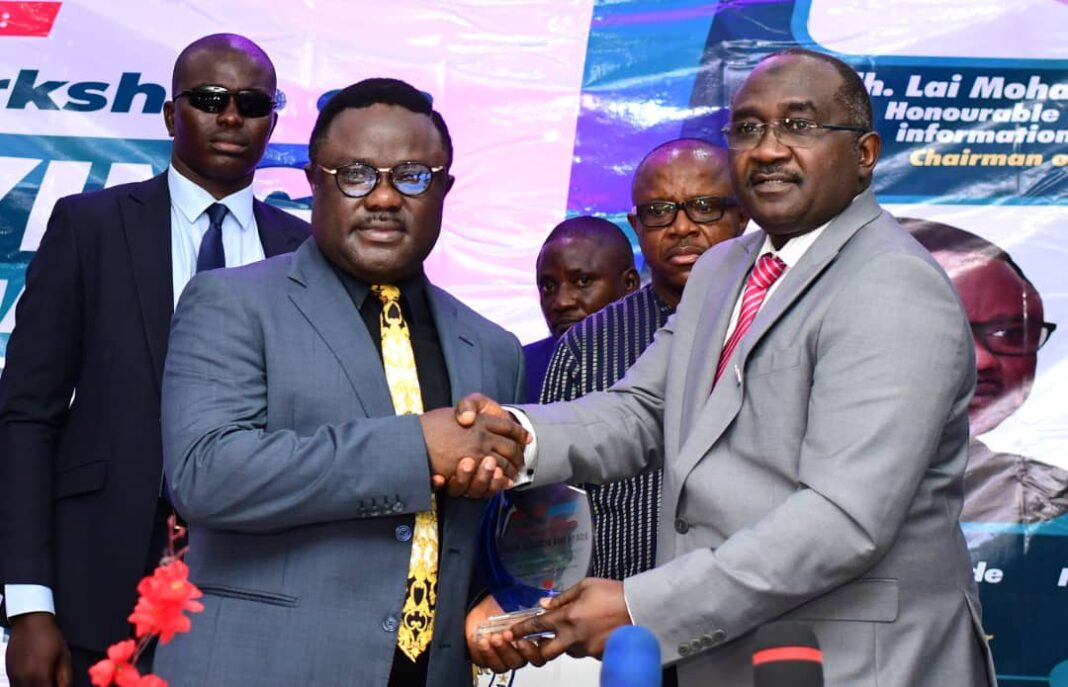 Cross River State Governor Ben Ayade on Thursday in Calabar, charged members of the Nigerian Institute of Public Relations, NIPR, to draw a line between lobbying and corruption.

Dropping the charge while deliverying a speech on the theme: ‘Lobbying and Social Change in Nigeria,’ during a workshop organised by the NIPR at Transcorp Hotel, Calabar, Ayade urged practitioners of the profession to do their best in ensuring that optimum result is achieved in their quest to draw a line between corruption and lobbying.

Ayade, who was the special guest at the ceremony, maintained that there is a thin line between lobbying and corruption, and therefore called on the leadership of the NIPR to regulate the practice of lobbying as a profession.

The governor said, “The use of money to influence a decision is corruption; so how do you deal with a situation where you are advocating lobbying without necessarily bringing out the essential elements that brings the poison that comes with corruption?

“The laws of Nigeria, our attitude and orientation do not allow us to see clearly the distinction between corruption and lobbying, except such laws are so strong and stiff.

“Those who will draft the laws, guidelines and framework that deals with lobbying must spell out clearly the essentials that constitutes corruption.

“There must be structural and normative framework that will guide the regulation of the practice of lobbying as a profession.

“Until that dissection is done, you will simply be marketing corruption.”

In his remarks, the Chairman of NIPR Education Advisory Board, Prof. Emmanuel Dandaura, said that lobbying is a public relations function that should be legally protected; stressing that lobbying allows voices of citizens, groups, associations, labour unions and others to be heard in the political space.

He said, “Without lobbying, governments will struggle to sort out the many competing interests of it’s citizens.”

Also speaking, the President/Chairman of the NIPR Council, Mukhtar Zubairu Sirajo, averred that lobbying is fast becoming a potent tool for advocacy, which is used by many groups or individuals when a particular issue of interest is undergoing a legislative process.

According to Sirajo, participants at the workshop shall “attempt to address the perceived overlap between lobbying and PR, distinguish between the two, while also outlining the objectives of both.”