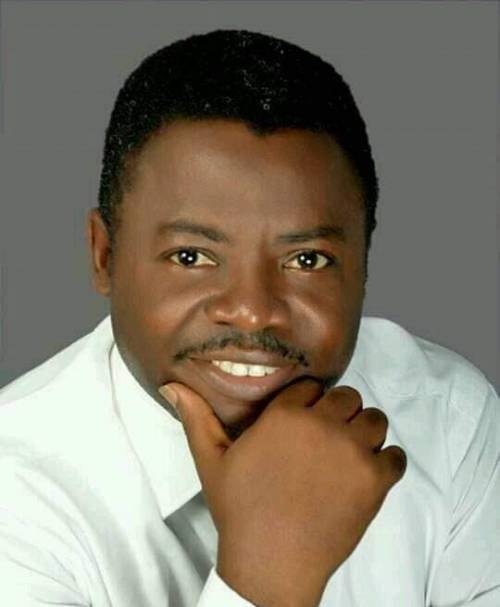 Nigerians were obviously traumatised by the discharge of duties by the office of the Chief of Staff, CoS, since Buhari’s Presidency.

“Kyariphobia” seemed to grip the nation in expectations of who the next CoS to the President will be. The fear was justified but misplaced.

The life and time of Abba Kyari was beautiful until he became Buhari’s Chief of Staff. I have met persons who worked closely with the late Chief of Staff in his days at UBA and they never wished for a better colleague and boss in their banking days.

Tears streamed from my eyes as l read Abba Kyari’s daughter. The man she sought to make us see was lost the day he became the Chief of Staff. Though he remained a loving father, but never again a man for Nigerians. You cannot be for Buhari and be for Nigerians. If you doubt me, ask our wailing nation about his hailers. It takes a whole lot of sacrifice to work for or be on the side of the President. Those who treasure personal values and patriotism to our nation will find it hard to fit into Buhari’s line of duty.

The media has been awash with the profile of Ibrahim Gambari, the new Chief of Staff to the President. By qualifications, he is for me over qualified. He is one of the best alive today, who could serve the President in that capacity. But the issue is beyond papers and exposure. It is about HEART and CHARACTER.

Who is Ibrahim “Agboola” Gambari? The mischief that saw Agboola inserted in the image laundering that have greeted the public space should suggest something to us. The struggle to dress a Fulani protégée, whose fore fathers conquered Ilorin Afonja in “Gbariye” to make him a Yoruba man is an affront to our sense of history and sensibility as a nation. I never expected the President to appoint someone of another tribe or religion apart from his. But whoever that person was going to be must be one whose mind can be traded. The peril of the First Lady, Aisha, in this administration is her inability to be lost in the myopic world view of her husband. She must therefore be dutiful in the kitchen and “za oza” room. That should permanent bury the fate of the girl child in Buhari’s Presidency.

I have seen tons of articles from sincerely concerned Nigerians about Ibrahim Gambari. One that caught my attention is written by Revolutionist Omoyele Sowore, whose binocular lenses captured Gambari from his counter role against the people’s struggle to have June 12 revalidated. Sowore placed before us a Fulani prince and intellectual diplomat without apology to the commoner for his despicable role at championing and stabilising late Sani Abacha’s tyrannical reign over the rest of us. With doors of America and Europe closed against Abacha during his reign, I am still trying to find the role of this member of the oligarch in the transfer of “assets” to Europe and America, from which we have been graciously receiving alerts from our departed brutal king, who at death turned out to be a very “generous” ancestor and benefactor. Insha Allah, may Muhammadu Buhari be as kind hereafter.

Who is Ibrahim Gambari? He was the youngest Minister of Foreign Affairs in 1984/85 under Buhari. A peep into the foreign policy drive of that era will tell you who the man is. Gambari is an Islamist without apologies. The frosty relationship and unrenewed ties with Israel with him in the saddle as the Foreign Minister was a testimony of his legacy and what to expect from him as Chief of Staff. Not even Egypt left the need to renew ties with Israel unattended. But our Fulani Head of State and his Foreign Minister will have nothing to do with the nation of Jehovah. They saw an ally in Yasser Arafat and his terrorist Palestinian Liberation Organisation, PLO, known for deadly terror attacks on the world at that time. Our Muhammadu Buhari was a darling friend of Arafat and our country a supporter of the PLO agenda.

Asiwaju Bola Ahmed Tinubu is known for his penchant and prowess at picking men for duties: square peg in square holes to Government for good governance. General Muhammadu Buhari on the other hand is best at finding the “best of us”: round pegs in round holes, who can with impunity round up the rest of us and effectively consricpt us for whatever agenda Buhari deems fit.

The personality of Ibrahim Gambari is essentially inconsequential to the duty at hand. We should be more concerned about who and what Muhammadu Buhari make of him in the remaining years and months of this regrettable misadministration. It should all be about the man we gave our mandate and not the hands he hires to have his job done.

I will like to congratulate the President for finding a profile and person better than the immediate past Chief of Staff while also congratulating Professor Ibrahim AGBOOLA Gambari on his appointment. Our fate in the days ahead is sealed as per what to expect from him and his principal. But not our faith! For the powers that be are ordained of God and by him actions are weighed. Both Buhari and Gambari should be reminded that both time and eternity shall bring to remembrance their days in power.

I wish my readers and all Nigerians particularly those at home a new grace of endurance till 2023.