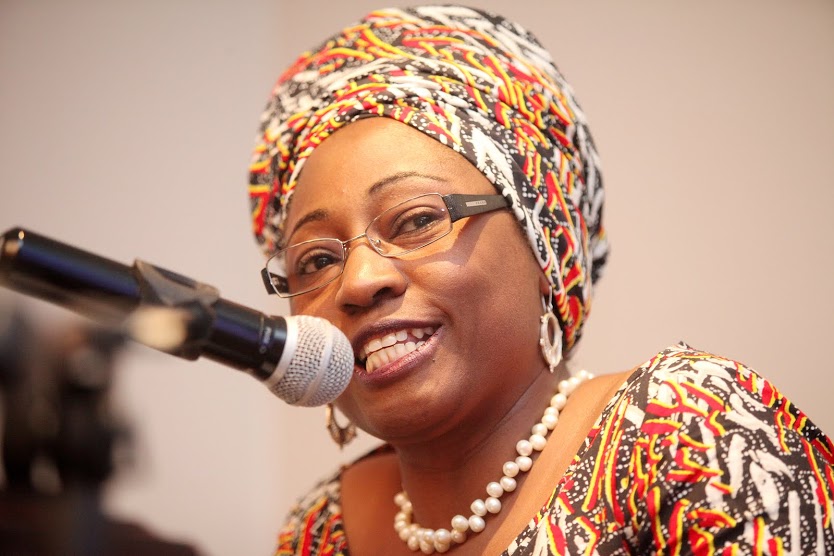 I was having a conversation with a group of male and female middle-aged professionals recently. One of the men in the group said that feminists like me are always quick to jump to the defence of women, even when they are in the wrong.

He said that while he is against any kind of sexual harassment, he is afraid to talk to his female colleagues in the office for fear of getting into trouble. He is too scared to pay them a compliment when they wear something nice.

As he was recounting his experiences, my mind went back to many years ago when I was doing my National Youth Service at Nbawsi Girls High School, Nbawsi in the old Imo State before it became Abia State. There was a male teacher who used to go round the staff room flirting with the female teachers. He would slap them playfully on the back and pull the straps of their bras. They would all giggle at this and probably found it quite harmless.

One day as he was doing his rounds of the backs and the bras he came to me, and just as his hand was about to touch my back, I swung around and tried to block his hand but I ended up hitting him in the face. He was startled and he jumped back.

I said, “I didn’t mean to hit you, I just wanted to deter you from touching me the way you touch the others. Don’t try it with me.”

He said, “Oh, I am only trying to be friendly.” and I said, “Well, that’s fine, but don’t ever come near me again.”  And he never did. He also stopped pulling the bras of the other women in the staff room.

I did not know that I had become something of a heroine as far as the others were concerned, because I learnt later that they had been putting up with his behaviour not because they liked it, but because they did not know how to stop him without sounding unpleasant.

So, that is when I probably learnt that it is more important to be respected than to be liked.

Listening to this gentleman talk about how he was afraid to offend women at his workplace, I felt very pleased that women have at last earned some respect in the workplace. Our daughters who work in offices still have to deal with sexism, but it is not likely that their male colleagues will attempt to pull their bra straps.

Considering the high levels of gender based violence in our society right now, it is a small victory, but one all the same.

The discussion in our group then veered in to the ways in which women behave these days. I am very sensitive at any attempt to slut shame women or blame them for pushing back against oppression and control. I must however confess, and I hope this does not make me a hypocrite, that I sometimes find myself hard pressed to come up with a sisterly defence of some women in the name of feminist solidarity.

The gentleman I was talking to made a comment, “Men don’t need to chase women these days, it is women doing the chasing and they don’t care if you are married or not.”

I told him that men were still the ones preying on women and one or two cases does not indicate a major trend.

One day, my husband came back from a trip and showed me a note. It turned out that he had been on the same flight with a ‘B’ list Nigerian actress. My husband had no idea who she was. She walked up to him to introduce herself and he exchanged pleasantries with her. She went back to her seat, but she was probably not satisfied with the way the conversation had gone.

I laughed when I read the note and told him that perhaps she thought he ought to be a fan. He gave me a funny look and said, “Do I look like her mate that she will be passing notes to me?,” and I replied, “Your mates are chasing her.”

He glared at me and said, “Here you go again. Defending the indefensible.”

When I was young, I would never have dared walk up to an older, married man to ask for his phone number, public official or not. I look around at the brazenness of some women today and how they throw caution to the wind in pursuit of money, power and fame, and I ask myself, is this what is being interpreted as freedom for women?

The feminist movement has been about equal opportunities, non-discrimination, respect for women’s choices, and women’s control over their own bodies, lives and dignity. If there was a bullet point on the feminist manifesto about being ill-mannered, crude predators, I missed that one.

I have been conflicted about these issues for some time, but almost on a daily basis, I am forced to question what has become of feminist values and principles.

Does it mean something else to another generation? Do women now find the feminist movement irrelevant? Do women think they have ‘arrived’ and therefore no longer need to earn or show respect? Are we conflating a desire to be free and respected with the need to manipulate relationships with men in public and in private?

I was at an informal dinner party a while ago. The men present sat at one end of the room, drinking and chatting.  I was with women in another part of the room, we too were talking animatedly, and having a good time.

A woman joined us and asked why we were sitting away from the men. We said it was not deliberate, but we were having fun and did not see why we should bother ourselves with what the men were doing. The lady declared that she did not want to continue sitting with ‘just women’, so she flounced off to join the men.

Soon after, I saw her exchanging numbers with some of them and taking selfies. I am all for claiming space and fighting exclusion. However, I did not in any way feel excluded just because a group of men had decided to hang out together. The women I was with were all successful, worthy role models. I enjoyed their company and wanted to know more about them and share stories.

I had no interest in invading the space of men and I did not want them intruding into ours. I looked at the lady amongst the men and wondered if I was judging her. She had the right to hang out with any group of her choice, I just felt that perhaps she should have not been so brazen in her desire to catch the attention of the powerful men in the room.

Perhaps the women in the room were not ‘powerful enough’. I found myself wishing that some women could respect themselves and other women more.

I have seen this scenario play itself out many times in social and political circles.
Women of all ages are still fighting patriarchal oppression and domination, and it is a struggle that will not end any time soon. We will not make much progress if we continue to allow men to divide and rule us.

I once had a T-shirt that read ‘I will be a Post-Feminist in a Post-Patriarchy’. If there are some women, who believe that advocating for women’s rights is old fashioned and all that needs to be done now is behave exactly like what we are trying to change, then we still have a lot of work to do.

Women do not need to become predators and schemers just because that is how men have ruled the world. The promise of the feminist vision is that we can build a world in which we will all have value and nurture relationships rooted in respect and reciprocity. From there we will go on to build healthy communities and thriving nations. Women can be powerful enough to empower other women and make it unnecessary to cling to men for attention. Making it easy for those who do not want us to be more than what we are is not the way to go.

•Adeleye-Fayemi, a gender specialist, social entrepreneur and writer, is the founder of Abovewhispers.com, an online community for women and can be reached at BAF@abovewhispers.com

Buhari Rejoices With Pastor Adeboye At 80