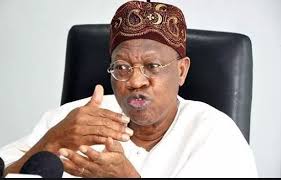 The news of Nigeria entering recession is a sign of positive development for the nation’s economy, the Minister of Information and Culture, Alhaji Lai Mohammed, has said.

Recall that reports claimed that Nigeria officially entered recession at the end of third quarter, Q3, after its Gross Domestic Product. GDP, declined for the second consecutive quarter in 2020 (Q2 and Q3).

He said, “The economic conditions are actually improving, with 17 activities recording positive real growth in the third quarter, compared to 13 in Q2. Also, 36 of 46 economic activities did better in Q3 2020 than Q2 2020.”

Explaining that the -3.62 per cent contraction recorded in Q3 2020 was better than the -6.01 per cent earlier forecast by the National Bureau of Statistics, NBS, Alhaji Mohammed added that this outperformed several domestic and international forecasts.

He noted that before COVID-19, the Nigerian economy had been experiencing sustained growth that was improving every quarter until Q2 2020, when the impact of COVID-19 started to be felt, adding that the the main reason for the recession is the COVID-19 pandemic.

Insisting that Nigeria was not alone, as dozens of countries, including economic giants like the US, UK and Canada, had entered recession due to the global pandemic, the minister said other countries in recession included Austria, Belgium, Denmark, Estonia, Finland, Hungary, Ireland, Italy, Latvia, Lithuania, Mexico, Netherlands, Norway, Romania, Russia and Spain.

He blamed the oil sector as being largely responsible for the slow-down in economic activity in Q3 2020, saying that the sector recorded a sharp contraction of 13.89 per cent in Q3 2020 year on year, the largest decline in that sector in 14 quarters.

He said, “The reason is the slow-down in global economic growth and oil demand due to COVID-19 pandemic as well as Nigeria’s obligations to meet OPEC cuts.”

He, however, said that the latest recession would be short-lived and the country would return to positive growth “soon, unlike the 2016 recession which lasted five quarters.”

Explaining that the recession would be short-lived because of several complementary fiscal, real sector and monetary interventions proactively introduced by the government, Alhaji Mohammed said that the interventions were introduced to forestall a far worse decline of the economy and to alleviate the negative consequences of the pandemic.