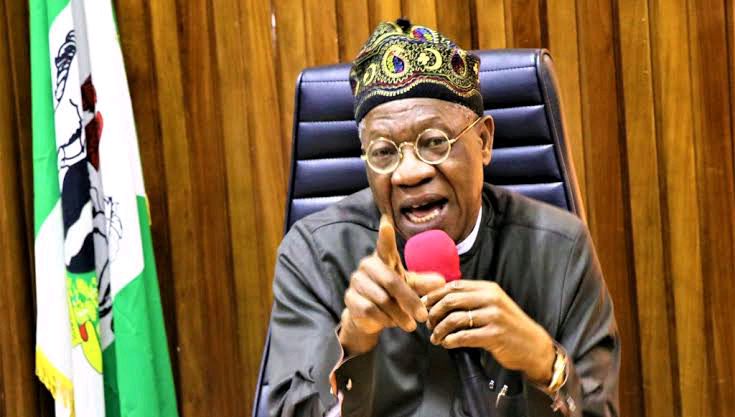 Minister of Information and Culture, Alhaji Lai Mohammed, has said that it is unacceptable that out of 30 licensed Nigerian pay television companies, only one is currently struggling to break through.

The minister, whiles peaking on Monday at the ministerial task force briefing on Digital Switch Over, DSO, in Lagos, Alhaji Mohammed said that the ongoing reform in the industry through the National Broadcasting Commission, NBC, will break the monopoly established by foreign pay TV platforms.

The minister insisted that despite the controversies trailing the reforms in the broadcast industry, the government remains undaunted in implementing the DSO project,which re said is capable of generating one million jobs in three years.

The minister added that he has ordered GoTV and StarTimes — both pay TV platforms — to stop self-carriage by June.

He said, “The federal Ministry of Information and Culture considers the DSO as one of its priority projects, because of its potential to create jobs, bring governance closer to the people through better access to information, thus deepening democracy, bring internet to millions of homes and also provide quality programming, especially those produced locally, to Nigeria’s estimated 24 million television households, with high fidelity pictures and sound.

“To date, we have rolled out the DSO in five states and Abuja. The programme was launched in Jos, Plateau State, on April 30th, 2016. Since then, we have gone live in the Federal Capital Territory, Kwara, Kaduna, Enugu and Osun states.

“With the recent approval by the Federal Executive Council of outstanding payments to key stakeholders in the DSO project, we are moving rapidly to cover the remaining 31 states. We are kick-starting the new rollout here in Lagos State on April 29, 2021; Kano State on June 3, 2021, and Rivers State on July 8, 2021. We will then follow up with Yobe on July 15, 2021, and Gombe on August 12, 2021.

“The manufacturing of set top boxes or decoders alone is capable of creating between 40,000 and 50,000 jobs. TV production can create 200,000 jobs. Film production can generate 350,000 to 400,000 jobs. Distribution, which entails supplying the market with set top boxes, TVs and dongles for the internet, will require at least 100,000 wholesalers, retailers, electricians, installers, marketers and payment solution providers, in order to cover the entire country, while TV and online advertising can create a further 50,000 jobs.

“It will interest you to know that to date, the NBC has licensed over 30 Nigerian pay tv companies, but only one is currently struggling to break through.

“We have amended the code to curb monopoly and exclusivity of programme content in order to create room for the local industry to grow. Also, as part of efforts to make the DSO proposition viable, I have directed GoTV and StarTimes to stop self-carriage by the end of June 2021.”