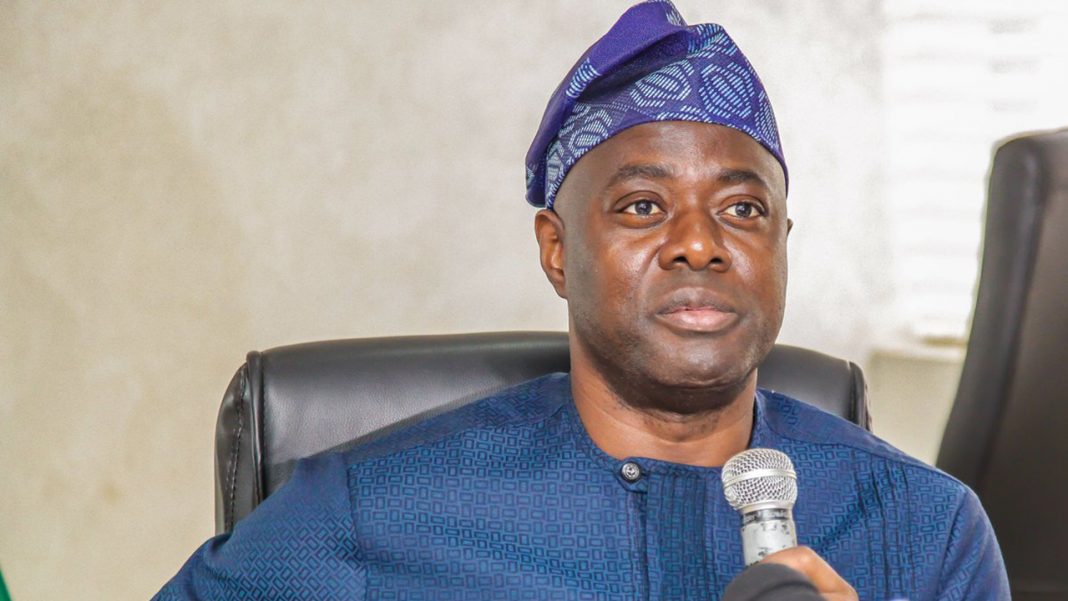 The Oyo State governor, Engineer Seyi Makinde, has expressed his administration’s preparedness to insulate the state from the impact of the impending reduction in federal allocation to the state following the crash in oil prices at the international market.

Makinde stated this on Tuesday, while receiving members of the Forum of Former Political officer Holders from 2007 to 2010, from the 33 local government areas of Oyo State, saying that the economic team of the state was already working on how to contain the fallout of the crash in oil prices and its attendant effect on the allocations accruing to the state.

The Forum, led by Mogaji Asimiyu Ojuolape, had paid a solidarity visit to the governor’s office to express confidence in his ability to offset their allowances in line with the promise he made to them during the 2019 election.

Ojuolape said that members of the Forum in all the 33 local government areas of Oyo State, were solidly behind Governor Makinde in his efforts to develop every nooks and crannies of the state.

While reiterating that the visit of the group was to identify with the governor’s efforts in making Oyo State better that he met it, Ojuolape urged the governor to keep his focus on the good service he is rendering to the people of the state, adding, “We, the Forum of Former Political Office Holder in 33 Local Government Areas of Oyo State, 2007-2010, are here this afternoon to present you with this gift, in order to appreciate the efforts that you have been making to make Oyo State better than you met it.

“In addition, we would like to bring to your notice that we are your friends and supporters. As we earlier discussed with you before the last elections, you gave us your words that you would pay us all our dues.”

Responding, Governor Makinde told members of the forum that he was prepared to pay the outstanding allowances and that he would not discriminate against anybody because of his political leaning, saying, “I really appreciate this portrait and your kind gesture. On this note I promise that we would look into it (outstanding allowances). We may not have the capacity to offset the bill all at once, but we would pay in installments.

“The previous administration coerced people to join their party by using the scheme to pay only party members. Those of you who did not join their party were not paid. But we will pay not just to you, but all others, regardless of party affiliations, as long as they are of indigenes of Oyo State. So long as they have worked and laboured, they deserve to be paid their entitlements.

“I want to say that we all are in this struggle together and it must be done one step at a time. We are all together.

“This issue has been going on since 2003. It is different from those who can differentiate their left from right, that is, the biased critics of this administration. It has been on for almost 20 years now.  I know that this issue on ground has been on for long, but rest assured we will handle it appropriately.

“We have challenges now and the economic team is already working on them. It is obvious that if the current oil price in the global market remains as it is, federal allocation would be next to nothing. But in Oyo state, we would try to insulate our people from the impact of reduced federal allocation. We are anticipating it and we know that this is upon us, however, we would resolve it.”