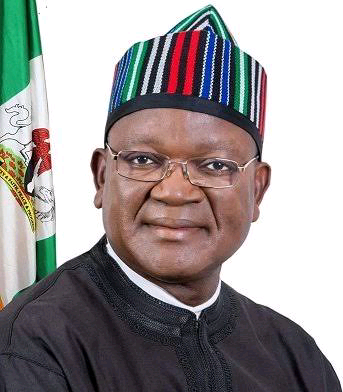 Gunmen suspected to be herdsmen have attacked the Benue State governor, Samuel Ortom.

CompassNG gathered that the incident happened on Saturday at Tyo Mu along Makurdi-Gboko road in Makurdi Local Government Area of the state.

Briefing journalists, Ortom, who described the gunmen as ‘herdsmen,’ said that about 15 of the attackers trailed him to the river bank, where he was on foot.

Praising his security details, that were just about six in number, for responding quickly to the attack and repelled them promptly, before providing cover for him to return to safety and his vehicle, the governor said, “My lawyer is going to make a petition against the leadership of MACBAN, because they came out to target me and behind the scene, they are planning to eliminate me on my own land.

“If I can’t go to the farm as governor with entire security around me, then who else can go to the farm? You can imagine the pains that we have here in Benue State.

“I appreciate the security personnel attached to me they were able to repel them and they could not have access to me.”

He said troops of Operation Whirl Stroke, the police, and DSS, have been mobilised to the forest between Tyo-Mu and Abinse, where the armed herdsmen are camped to comb the area.

Calling for the arrest and prosecution of the leadership of Miyetti Allah Kautal Hore, who only last week, gathered in Yola, the Adamawa State capital, to single him out for assassination, Governor Ortom further asked President Muhammadu Buhari and the security chiefs to expect a formal petition from his lawyers and move quickly to arrest the situation.