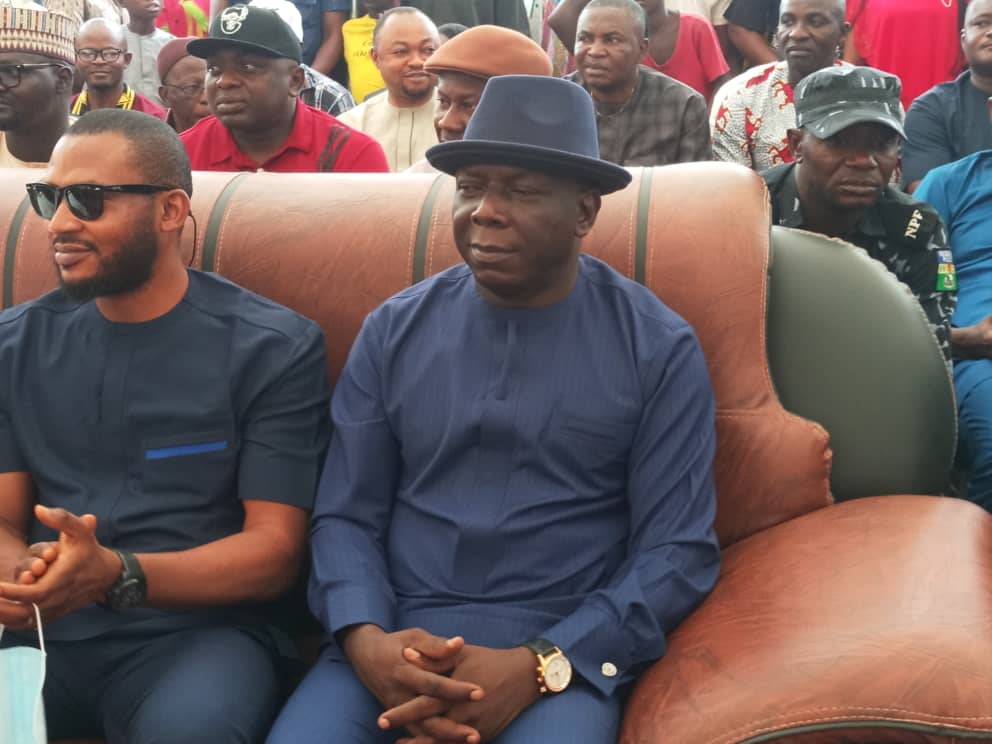 The senator representing Cross River North Senatorial district in the upper chamber of the National Assembly, Dr. Stephen Odey, has promised not to allow personal interest override the interest of his senatorial district, even as he pledged to carry every one along, irrespective of political divide.

Odey stated that his presence in the Senate is not to cause any division and hatred among his constituents, but to foster the unity and peace that may have eluded the people for some time now.

The Federal lawmaker made the assertion on Thursday in Yala Local Government Area of Cross River State, while addressing a mammoth crowd during a thank you tour to five councils in the senatorial district.

Stressing that his protracted legal battle with his former ally, who became his political opponents is not out of personal hatred, but to protect the mandate given to him by the good people of the senatorial district on December 5, 2020 in an election that he overwhelmingly won, Odey said, “They have so divided us and caused pain and sleepless nights, but thank God I have prevailed over them, and I have also forgiven them, including some of my friends who worked against me, because it is about the people and not my personal interest.” Odey averred that he won the primary of the Peoples Democratic Party, PDP, and was duly nominated as the candidate for the senatorial by-election and also won the election, beating his closest rival with over 170,000 votes, but those seeking personal interests used all subterfuge means to take the mandate from him, but right eventually triumphed over wrong.

“The National Chairman of the PDP, said Prince Uche Secondus, and Diran Odeyemi stood by the truth and declared that the party gave the ticket to one person and that person is me; and also the Senate President, a man of honour, saw the truth and worked by it and I am very grateful to them.”

He added, “PDP is not divided in the state as they want us to believe; but under the leadership of our governor. What they are doing is to try to push the governor out of the party, but I tell you, our Digital Governor will go no where, so all those fighting should calm down and work with him for the progress of our party and state.”

Assuring his constituents of his readiness to move a motion on the disheartening state of federal roads in the senatorial district immediately sitting resumes in the Senate next week, Odey enthused, “I will not bring solar light and put in one man’s house, because he supported me, but mount it on roads and public places for everybody to see his way.”