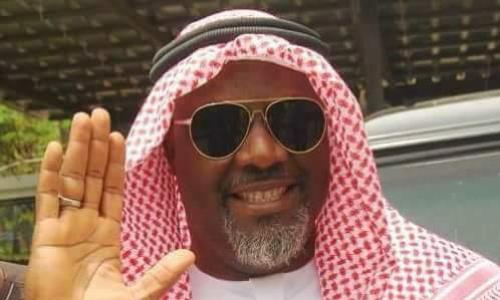 Ever since I was a kid, the printed word held an amazing fascination for me than both the television and the cinema. In the last three years, you can hardly catch me seated before the white mega screen of the cinema or the black screen of the television. This isn’t to say I’ve grown to dislike the TV or the cinema. Nor is it because I now love news, sports, geographic documentaries, comedy, crime investigation and music less than I used to. It’s because globalisation is pushing man to the cul de sac of hurtful individualism. Gone are the days when family members sit together to enjoy soaps on TV or series on radio or blockbusters at the cinema – no thanks to the emergence of phones, tablets, iPads, etc, as purveyors of digital video and audio services from online retailers, such as Amazon, Netflix, Hulu, Roku etc.

These new mass media dominators are eclipsing traditional print and electronic media such as newspapers, magazines, television, radio and outdoor advertising. Today, there’s no radio station in the world I can’t access on my phone in real time. Today, my phone not only serves as a tool for wellness, calling, texting, buying and selling, travelling, research etc, I also have the full complement of all the stations on Xfinity live on it, availing me the opportunity of watching live football games, among many other amazing programmes.

Last week, I was browsing in the social media sea of my weather-beaten phone when a video sailed in onboard the ship called WhatsApp. Though the video wasn’t a documentary by National Geo Wild, it was, nonetheless, from the animal kingdom. In the video, a huge dinosaur was seen before a mirror in a cozy apartment. Dinosaur is a big word, you know. But most great things come in small packs. Because of my love for the printed word and for simplicity, I looked up the word ‘dinosaur’ in the dictionary to see if it has a short form and ‘dino’ popped up. Wow! So, the word ‘dino’ is the short form of dinosaur, I thought to myself as I suppressed a burst of laughter.

The dino in the luxurious apartment that looked like a hotel must have strayed in from the wild, because it was clearly a misfit in the habitat. Strangely, when it opened its mouth, it began to sing like a human being. This stupid dino must have been overawed by mistakenly finding itself in a human environment and couldn’t help exhibiting the animalistic traits in it. With crooked fingers, the dino tried futilely to video itself in its new-found human environment, using a phone. It attempted to focus the camera of the phone it was holding on itself in a bid to show its face to the human world. But its wish won’t just materialise; the camera won’t lighten up the face of the animal. The pudgy fingers failed to capture the monster’s face on the phone’s camera. Or maybe the camera sensed rightly that the hand holding it was a beast’s, not a human’s – hence, in protest, it blurred the face of the dino into an evil mask unworthy to be shown to humanity. The animal also sang a song of sorrow in the background.

That was when I remembered the late Fuji maestro, Chief Sikiru Ayinde Barrister, in his 1981 evergreen album, ‘Suuru Baba Iwa’, which contains the classic song about the gorilla that wanted to become a human being. In Barrister’s tale, the gorilla failed to remain in isolation for seven days as God instructed it, jumping out to celebrate anticipatory victory on the sixth day of a seven-day miracle. Just like the gorilla in Barrister’s song failed to become a human being as a result of impatience, the dino in the WhatsApp video fell short of exhibiting humanistic ideals because of insane greed as captured in the brainless song of lamentation that it sang.

For believers in Darwin’s theory of evolution, the video could earn them bragging rights because it showed the dino replicating human’s manipulative trait. After the first few lines of its supplication to God for assistance in its financial obligations, the dino, in subsequent lines, revealed the real intention why it shot the video – to bask in the opulence of ill-gotten wealth. Knowing full well that children resonate with the masses, the dinosaur cleverly began by begging God for assistance in the payment of its children’s school fees and the payment of its staff salaries. Then it went ahead to the raison d’etre of the video, listing its houses in Dubai, USA and London as some of the financial obligations God should help it bear.

The madness is surely not in its early stages, it seems advanced. The madness gripped the dino by the scruff, seized its soul as it listed the cars in its garage to include Lamborghini, Ferrari, Rolls Royce, begging God to sustain its ostentatious and greedy lifestyle. As the foolish dino was singing about its perishable earthly possessions, it simultaneously showed off the apartment’s elegant interior, videoing the mirror, kitchen, television, trash can, carpet, chairs, lamps, stools, table, drinks, curtains, ashtrays, neighbourhood etc.

How much low can it sink? To think that this dino has no record of inheritance or industry to justify its profligate status highlights the degeneration in the zoo called Najria. To think that this dino was only a fledgling a few years ago and now shamelessly flaunts thousands of hectares of grassland with edible fruits, nuts, vegetables and game for gluttonous consumption show that some animals are shameless thieves, and this fact tears the heart asunder. To think that the dinosaur, who later became one of the leaders in the animal farm, could think and act worse than a maggot is quite disturbing.

I wish human beings can seize this dino and drag it to the psychiatrist for a comprehensive mental evaluation because it needs help urgently. Dinos are extinct creatures, we must keep this last dino alive to teach future generations our story of greed, stupidity, laziness, bigotry, gluttony, avarice, wickedness, deceit and corruption.

I just can’t stop pinching myself and asking, “How did this dino stray into humanity? How?”

*Odesola, who writes from the US, can be reached via tundeodes2003@yahoo.com