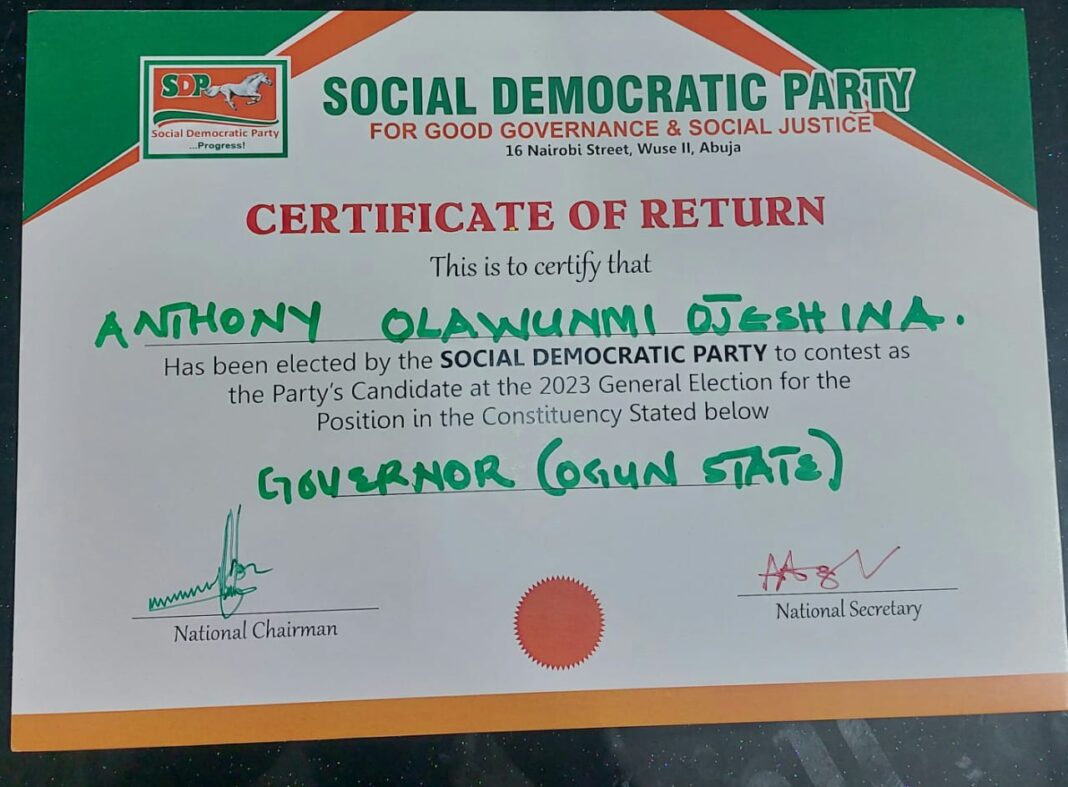 …Gets Certificate of Return

The national secretariat of the Social Democratic Party, SDP, in the Federal Spiral Territory, FCT, Abuja has officially presented a Certificate of Return, CoR, to Engr. Anthony Olawunmi Ojeshina, as its gubernatorial candidate in Ogun State ahead of the 2023 general elections.

The presentation of the Certificate of Return, CoR, to Ojeshina, pioneer Commissioner for Environment in Ogun State, punctured and laid to rest the tissue of lies being peddled in the media by one Otunba Deji Osinowo Adeleye, claiming that he’s the party’s gubernatorial candidate in the state.

A statement by Engr Ojeshina’s media aide,
Mr. Poju Adekola, the gubernatorial candidate was not only statutorily given the Certificate of Return, but better still, he was officially presented by the chairman of the party, Mr. Yinka Ola-William to a large gathering of members as the SDP governorship candidate at a well attended parley held at Sweet Sensation Hall, Oke-Ilewo, Abeokuta.

Engr. Ojeshina, who is fondly called Asiwaju ETO by his teeming supporters and admirers in the state and in the diaspora urged party faithful to remain resolute in their collective bid to secure Ogun State for the masses in the 2023 elections.

He described the claim by Adeleye as the party’s flagbearer as naked mischievous imagination that is unfounded and baseless.