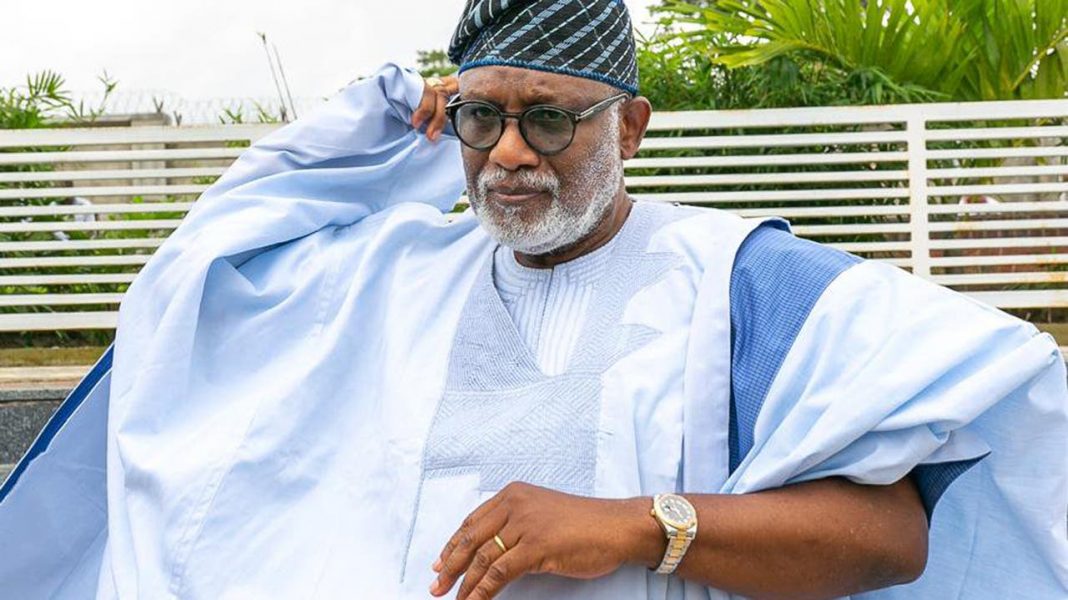 The Ondo State government and organized labour unions in Ondo State have reached agreements on the payment on arrears of salaries and deductions.

In a bid to avert industrial action over the issues, the state government had invited the union leaders to a meeting in Akure.

Recall that organized labour in the state had last week issued an eight-day ultimatum to the government to clear outstanding October salaries and six months’ cooperative societies’ deduction or face industrial action.

The union leaders, after the meeting which lasted several hours, said that the government had agreed to some of the demands of the workers.

They said that all workers in the public of Ondo state service would be updated with the latest development at a general meeting scheduled for Tuesday, November, 24

Recall that the workers have cried out that the six-month deductions have crippled various cooperative societies in the state public service and the state tertiary institutions.

The labour leaders had said in their ultimatum, “The state government had failed to honour various previous agreements reached with the it over our demands on salaries and deductions payment

“As it stands today sir, deductions which statutorily is part of salaries stand at five months as at September 2020 salary payment. This has left us with a nagging question of what percentage of salaries are we actually collecting, as our members contribute varying sums to their respective Cooperative Societies. It has turned all our members to beggars in the society.

“That, going forward, gross salary MUST take effect as we say NO to the current mode of payment of salary, that is, net payment. That, the model adopted by the Ministry of Local Government and Chieftaincy Affairs in salaries payment whenever there is a shortfall in federal allocation to local government and SUBEB be adopted by the state government, since borrowing to augment salaries has become an uphill task.

“That, a regular State Account Allocation meeting be scheduled to discuss and sort out issues relating to salaries payment. Labour must be represented at the meeting. That, the obnoxious circular released by the office of the Accountant General, barring our members from either exiting or reducing their cooperative savings be withdrawn forthwith. It is our personal emolument.

“That, constant information flow between labour and government should be maintained as this will further strengthen and cement the relationship.

“That, we are by this letter giving government up till Friday 27th November 2020 to convene a meeting where these prayers will be looked into with labour.