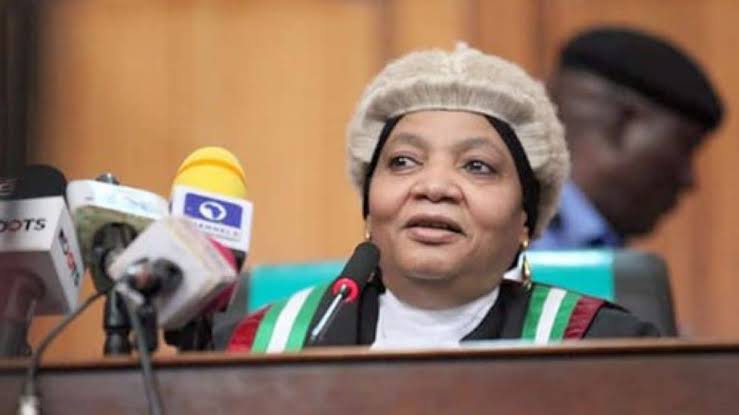 President Muhammadu Buhari has approved the appointment of Justice Monica Bolna’an Dongban-Mensem as the acting President of the Court of Appeal.

Justice Mensem, who is the presiding justice of the Appeal Court, Enugu Division, would be taking over in acting capacity for three months, from the outgoing President of the Court of Appeal, Justice Zainab Bulkachuwa, CFR, who would be retiring on Friday, March 6.

The approval of Dongban-Mensem, who is the daughter of a retired Court of Appeal judge, Justice M. B. Douglas-Mensem, as acting President of the Appeal Court, followed the recommendation of the Chief Justice of Nigeria, according to a statement issued by the Senior Special Assistant to the President on Media and Publicity, Mallam Garba Shehu.

“The President’s approval of the appointment of Justice Mensem, followed the recommendation of the Chief Justice of Nigeria in line with the provisions of Section 238(4) & (5) of the 1999 Constitution as amended.”

The acting President of the Appeal Court hails from the Shendam Local Government Area of Plateau State and she received her LL.B and LL.M from Ahmadu Bello University, ABU, Zaria-Nigeria and a Post Graduate Diploma from the Institute of Advanced Legal Studies, University of London, Russel Square – London.

A lover of writing, reading and golfing, Justice Dongban-Mensem delights in working with children, women and the elderly. She has had four biological children, with one deceased; and four grandchildren.

The stress she went through during the loss of her first son, Prince Samson Kwapda’as Dongban, led to her founding a road safety organisation called Kwapda’as Road Safety Demand, KRSD, the most efficient and popular road safety non-governmental organization, NGO, in Nigeria.

She is regarded as one of the hardest working Nigeria judicial officers, who as at December 2019, had over 150 lead and 100 contributory judgments respectively.

An authority in Criminal and Civil Procedure Law, Taxation and International Public Finance, Public International Law, Legislative Drafting, Constitutional and Administrative Law and International Commercial Transactions, Justice Dongban-Mensem, despite the unending demands of huge office work, a book entitled ‘The Defendant’ in 1991, which addresses the rights of an accused person, which has become an informative and resource material for lawyers and lay persons alike.