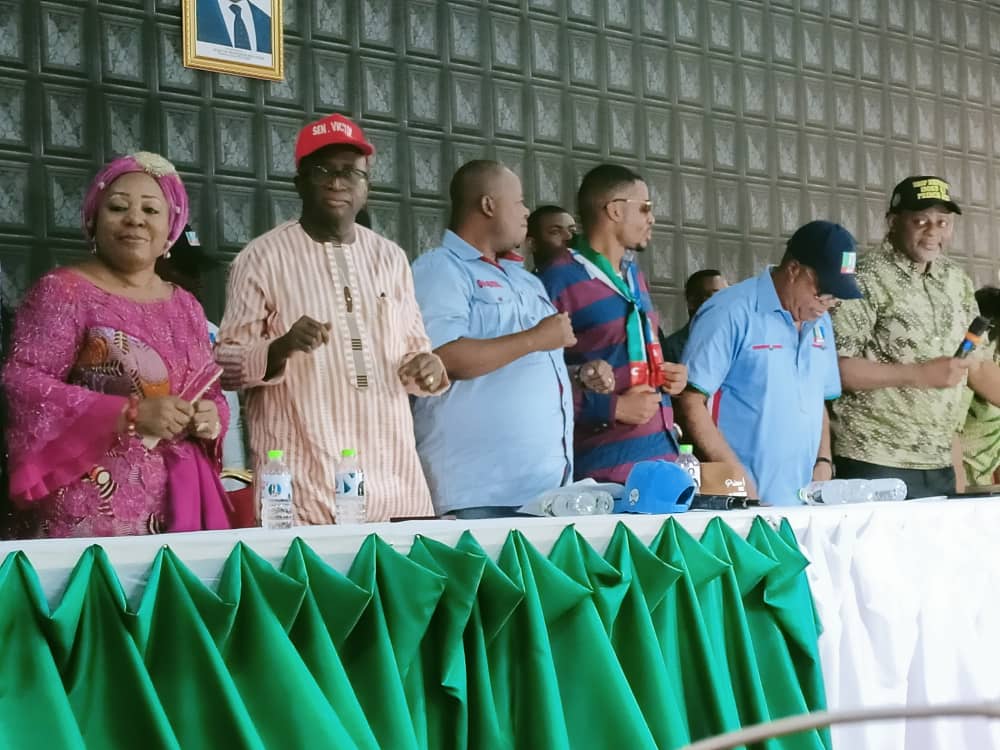 Leaders of thoughts in the Central senatorial district of Cross River State have insisted that they would put their weight solidly behind Senator Prince Bassey Edet Otu to emerge as the governor of the state in the 2023 general elections.

The leaders explained that they believe in power rotation to the South senatorial district of the state, for the sake of equity, fair play and justice, stressing that it’s the reason why power must rotate back to the South.

Speaking on the issue, former Leader of the Senate and immediate past chairman of the board of the Niger Delta Development Commission, NDDC, Senator Victor Ndoma-Egba, made the position of the leaders known while addressing leaders of thoughts, made up of starch supporters of the All Progressives Congress, APC, as well as non-partisan supporters of Senator Prince Bassey Otu,the APC governorship candidate, during Otu’s consultative visit to Biase/Akamkpa Local Government Area of the state yesterday.

Explaining the reasons for this position by the Central zone, Senator Ndoma-Egba reminded the audience that the period from 1999 to 2007 had the governorship from the South, with Donald Duke; while 2007 to 2015 was the turn of Central zone with Liyel Imoke. The current period, spanning 2015 to 2023 is occupied by the North in the person of Ben Ayade. This implies that the governorship has rotated amongst the three senatorial districts and it is simply logical that it returns back to the South.

He posited that the maxim – if it is not broken, don’t fix it – should necessarily apply to the rotation of the governorship seat in Cross River State.

As for the people of Central, he described them as adherents to the tenets of justice, equity and fairness. Thus, it is only just, equitable and fair that the Central will massively support Senator Otu to emerge as the next governor of Cross River State in the 2023 elections.

He reasoned that doing so will foster the spirit of peaceful co-existence that has defined the politics of Cross River State since the onset of the Fourth Republic in 1999.

The APC chieftain described Senator Otu as a man whose time has come, as evidenced by the massive state-wide support that the governorship candidate enjoys.

He likened the Prince Otu political movement to an earthquake that will consume any opposition, enjoining . the people of the South to overwhelmingly support Senator Otu and all APC candidates in the coming elections.

Doing so, he reckoned, will secure the support that will come from the Central and North to guarantee a landslide victory for the party.