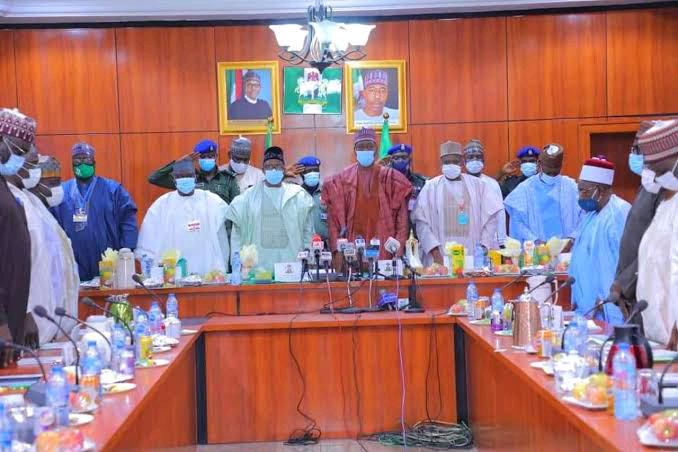 God bless the Southerners, particularly, their governors, who are daily acquiring more cars, and wives; and festering their pockets!

Shame unto some of the governors of the Northern states, who instead of going after personal property acquisition, run frantically, boosting the human capital development of their states.

Imagine one of them, who, when he was the governor in Kano State, stupidly enrolled over 5,000 indigenes of the state into various institutions all over the world and ‘dashed’ them scholarships in various fields of knowledge!

One of them foolishly trained over 400 brilliant indigenes of his state in how to fly planes in the air, while some wise governors of the South see this kind of a thing as wastage.

Also imagine one of the useless governors in the North gave scholarships to every indigene of his state studying Law in any university and still stupidly paid for their laws school fees, gave them N500,000 Law School Bursary, and unashamedly paid for tutorial and coaching fees for them.

These stupid governors also engaged General Electric, GE, to rejig the electricity component of their region.

And a friend of mine pointed the below observation out when he saw me writing this.

The Northerns are busy positioning intelligently for an economy without crude oil, after na them go even beg una to restructure Nigeria if una wants. By then, oil go soon reign pass…

The world is busy inventing technology that can do without oil, just as oil is daily depreciating in the international market…

Instead of Southern leaders to rise and commence building their region’s economy, they’re busy shouting Biafra this, marginalization that…

Self-sufficiency guarantees future security both in food, raw material, and employment; and ultimately protects the economical growth of your nation. For sure, OIL IS GOING…BRACE UP FOR A BACK-UP-PLAN.

•Ojo-Lanre, a journalist, writes from Ibipeju Oniru Chamber, Irede Estate, Usi- Ekiti; and can be reached via: 08033490986 and waleojolanre@gmail.com