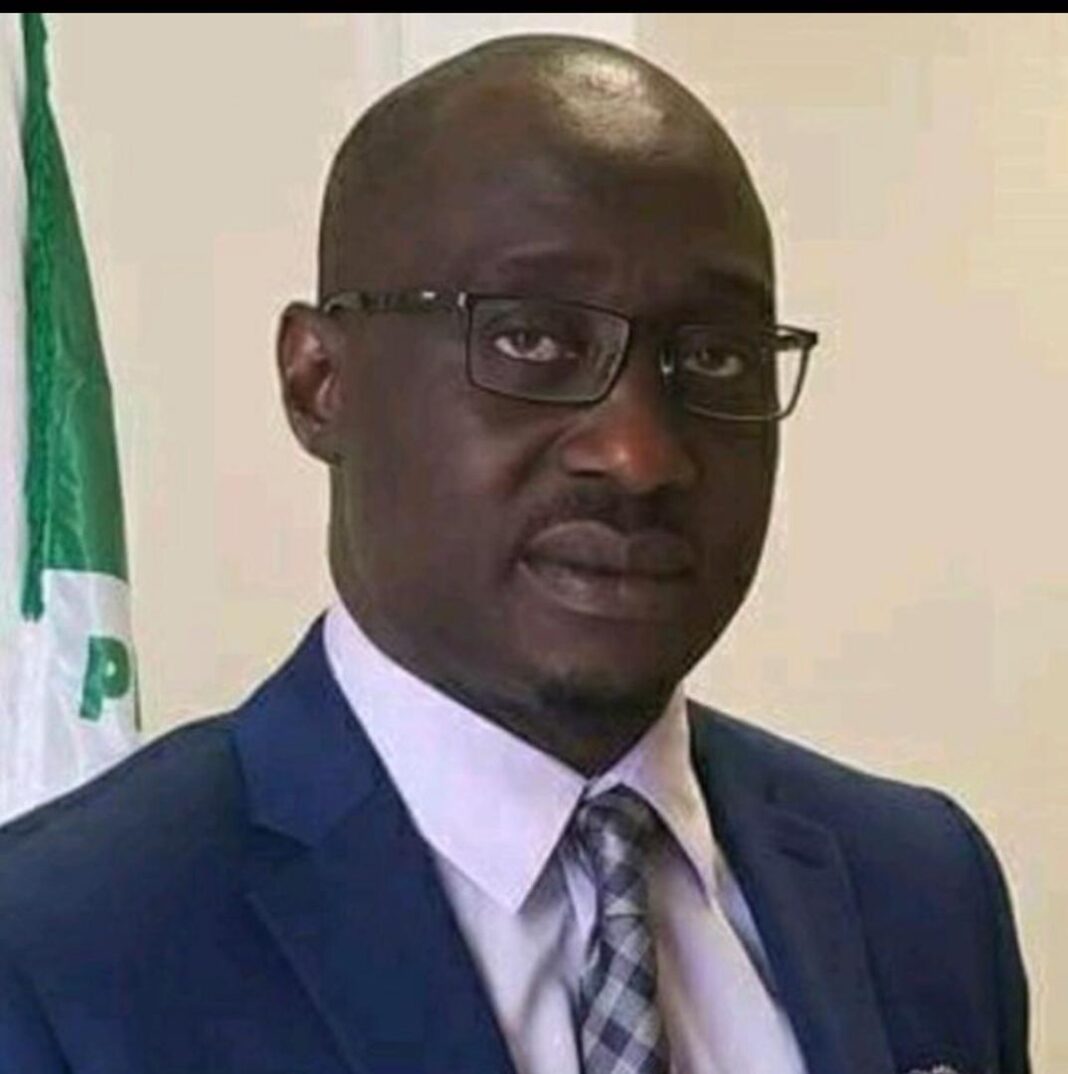 Senator Jarigbe Agom Jarigbe is a former member of the House of Representatives, representing Ogoja/Yala federal constituency, before contesting a bye-elections to become a senator representing Cross River North senatorial district at the National Assembly. In this interview, ahead of his birthday, the senator bares his mind on the forthcoming general election, where he would be contesting against the incumbent governor of Cross River State, Governor Ben Ayade. NSAN NDOMA-NEJI brings excerpts:

One year into your sojourn at the upper chamber of the National Assembly, can you give us an insight on how you have faired?
Just as we speak, I am about a year now in the Senate. Not too bad, not too good. All I try to do is to strike a balance. I was inaugurated into the upper legislative chamber on September 15, 2021, after much political tussles. It was not an easy battle to the Senate, because I fought against the state that was determined to have its way by hook or by crook. My journey to the Senate was the longest ever, because it lasted for about twelve months, starting from senatorial primaries on September 5, 2020 to September 15, 2021, the day I was inaugurated. During all this period, I was focused and was not deterred, because I knew then that the people of old Ogoja were with me. As you know, it was a battle between an incumbent governor and member of the House of Representatives then. So, it was not balanced at all, and was a very herculean task, but God had my back. So, I trudged on until we won in all the battles. To be frank, my contemporaries saw it as impossibility, but I was resolute, taking cognisance of the fact that power comes from God. Today, I am at the Senate and I return all the glory to God. However, being in the Senate has afforded me the opportunity of sharing the views of my older colleagues, appreciating their own perspectives of life, leveraging on their personal experiences and exposure. Legislative work is not so different between the House of Representatives and the Senate, but the red chamber is a different experience.

More than 50 years after, history was made, as you were inaugurated a senator, an Ogoja son, representing Cross River North. Incidentally, you were inaugurated on the same day your people, the Bakor nation, had New Yam Day. How do you see this divine correlation?
My emergence as senator was divinely crafted. I am an Ogoja man of the Bakor extraction, and coincidentally, I got inaugurated on the day Bakor people celebrate their New Yam festival. It was a pleasant coincidence and very symbolic. I am the first Ogoja son to go to the Senate in this generation. History was made in our time.

The clock ahead of 2023 general elections is fast ticking, the Cross River State governor, Prof. Ben Ayade is also in the senatorial race to collide with your ambition. If I may ask, how prepared are you are you for another electoral battle against Ayade, who is assumed to be a permanent political archfoe?
I am not afraid to clash with Prof. Ben Ayade in that contest. The facts are there to speak for or against Ayade and I. Our people have a choice to make between service delivery and a mission of self-preservation by a self-seeking politician, on the other hand. Governor Ayade was in the Senate for four years, between 2011 and 2015 and his records are there for everyone to see. I have been in the Senate for about a year and my records are there to be assessed. It is as clear as crystals that juxtaposing my performance with his, mine will dwarf his. With Ayade on board as governor, Cross River State has become a sorry sight. Taking all these in to consideration, Governor Ayade does not deserve being given any mandate to the Senate in 2023 by the people and so he is not a threat. Our people will reject him at the polls.

Cross River State has been predominantly a Peoples Democratic Party, PDP, state before Ayade defected. Are you not afraid that the All Progressives Congress, APC, might try to use federal weight to muscle through in the state?
We are waiting for them to come and use the federal might. Power lies with the people. Why did they not use that federal might in Osun State? We are not cowards and we will protect our votes. The democratic will of the people must prevail. We know that political weaklings resort to unconventional ways, but we will match them. All we will do is to mobilise our people to come out and vote. If we go by the Independent National Electoral Commission, INEC, and its commitment to enthrone a free and fair contest, then the issue of federal might does not arise. The people know who they want to lead them at the appropriate time. The PDP has fielded quality and credible candidates for the 2023 general election and we are all not resting on our oars. So, we shall reclaim our state from the buccaneers that have held us hostage and pauperized our people. The party leadership is also not resting as they have set up a reconciliation committee made up of seasoned politicians to reconcile all aggrieved persons after the primaries. The committee has done a good job and I commend them and the party leadership. I am quite certain that the party would take their recommendation very serious and we shall all come together and send the APC governor and the government packing.

The PDP at the national level is having issues since after the primaries. What do you suggest as a way forward out of the political quagmire the party has found itself?
My recommendation is proper reconciliation and not the several attempts at disparaging major gladiators. We are in a democracy. We lobby people. We do not bully people to submission. We need to save this country and our democracy. PDP is the only hope Nigerian have at the moment to rescue this nation. PDP has the capacity and the leadership needed to take the nation out of the woods. However, there is no party without its internal challenges and we would get over it.

Within your short stay at the Senate, you have attracted and executed a good number of projects just as you have empowered so many people in your constituency. What is the secret behind all these?
As a cognate legislator, I hit the ground running immediately I got inaugurated. My first project as senator, commenced on the day I was inaugurated. The project commenced in Gakem, Bekwarra Local Government Area. It was the construction and installation of solar-powered street lights in Gakem. As we speak, I have projects in all the 54 wards of my senatorial district. I have also carried out empowerment programs in all the wards in my senatorial district. I have sponsored about five bills, and one of them is before Mr. President for his assent. That bill is for the establishment of a Federal Medical Center in Ogoja. On the bill for the Federal University of Agriculture, Ogoja, it is going through all the processes of legislation. We have done the public hearing and the report will be sent for consideration as we resume for plenary.
Last month, I took part in the inaugurated 65-kilometre Okuku-Ecumoga-road in Yala, linking Benue State, which was awarded at N1.4 billion by the Ministry of Works. There is also a 2-kilometer Ikaptang-Aafrike road that would link Bekwarra and Ogoja communities. We have again asked for an intervention on the Ukelle road and it’s under consideration at the moment.
I have also embarked on massive rural water supply in 21 communities in Cross River North. The communities which cut across the five local government areas of the senatorial district include; Nyake/Nwang (Mfom 1, Ogoja); Central Mosque (Imaje Okuku, Yala); Akaraba (Gakem Ward, Bekwarra); Bewo (Otukpuru Ward, Bekwarra); Abuagbor, (Abouchiche Ward, Bekwarra); Ukpada, (Ugboro Ward, Bekwarra); Nwa Gba, (Ukpah Ward, Bekwarra); Agida, (Afrike Okpeche, Bekwarra); Ketting, (Bendi Ward 1, Obanliku); Bagga, (Utanga Ward, Obanliku); Bayaga, (Bisu Ward, Obanliku); and Sankwala, (Bebi Ward, Obanliku). Others include: Akorshi Owhe, (Ketting 1, Obanliku); Bukemanya, (Bisu Ward, Obanliku); Belinge, (Becheve Ward, Obanliku); Begiaba, (Obudu); Ukwel, (Obudu); Ukwel, (Obudu); Utugwang North (Obudu), Utugwang Central, (Obudu); and Utugwang South, (Obudu). I was challenged in this area because these are communities which have previously decried the perennial water shortage and lack of access to safe drinking water. They have been abandoned to their fate by the government of the state. Rural water project is primarily meant to fulfill the basic needs of the people, as well as to ensure rights of access to safe domestic water, good health hygiene and other basic amenities by the affected communities. These are fundamental human rights issues recognised by the United Nation’s Sustainable Development Goals. The projects after completion will be handed over to members of the respective communities. There is no other secret than lobbying for my people and monitor all the projects that are due to my constituency. Again, my mission is to try and attract people-oriented projects that would make life more meaningful to my constituents and that is the essence of representation at any level off governance or leadership.