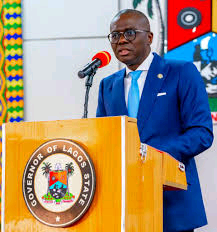 The Lagos State government has clarified the rationale behind the approval of four work-free days, from July 26 to July 29 to it’s workforce to enable them obtain their Permanent Voters’ Cards, PVCs.

In a statement signed by the state Commissioner for Infomation and Strategy, Gbenga Omotoso, explaining the purpose for the move, which has, however, been largely misconstrued by mischief makers, the state government said, “It has therefore become necessary to set the records straight and put the approval granted by Mr. Governor in proper context.

“Mr. Governor’s approval was in response to agitations by civil servants for an opportunity to register and collect their Permanent Voter’s Cards, PVCs, before the Independent National Election Commission, INEC’s deadline of 31st July 2022.”

Omotoso averred that in granting the approval, the state governor, Babajide Olusola Sanwo-Olu, expressly made it clear that 75 per cent of the workforce must be available throughout the four days to ensure the smooth running of government business.

He added, “This explained that this caveat explains the batching of the junior, middle, management, and senior officers in the public service, according to grade levels and allotted one day per batch to ensure that no public servant would be denied the opportunity of fulfilling his/her civic duty, being the right of every citizen, particularly to participate in the upcoming 2023 general elections.

“This clarification has, therefore, become necessary to debunk the falsehood and deliberate misinformation being perpetuated by mischief workers, perhaps with a deliberate intention of politicising a standard administrative process.”

The commissioner recollected that the same administrative mechanism was deployed during the COVID-19 pandemic to ensure social distance, as well as public health and safety, when only 25 per cent of Lagos State government workers conducted government business effectively and efficiently, while other public servants worked remotely or from home.

He concluded, “It is mischievous and dishonest to read political meaning into a sincere gesture.”