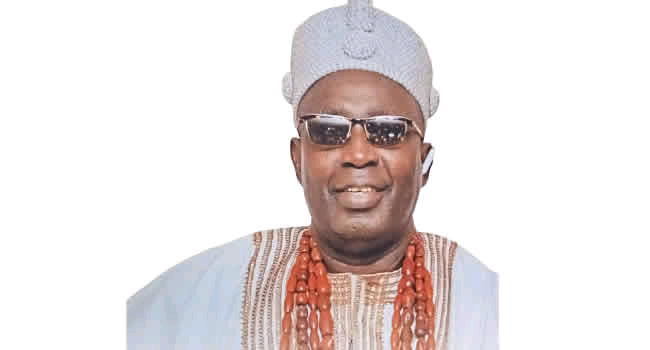 The Oluyin of Iyin-Ekiti, His Royal Highness, Oba Adeniyi Ajakaiye, has lauded the proposed plans by British tourists to establish forestry and recreation park in the community.

Oba Ajakaiye gave the commendation while hosting Mr Ben Liewellyn-Jones, the British Deputy High Commissioner in the British Commission, Lagos, in his palace in Iyin-Ekiti on Wednesday.

Welcoming the team, the traditional ruler assured the team of the readiness of his people to partner with them to ensure the success of the project.

Ajakaiye said that he had planted 22,000 trees in the community, adding that residents were ready to key into the project that would beautify the community.

He said, “I am fully aware of the intention of the British tourists to beautify our community with the proposed forestry park.

“I want to assure you of the readiness of our people to key into the project and give their total supports to ensure its actualisation.

“The chiefs and residents of Iyin-Ekiti are committed to the development of the town and are equally ready to cooperate with you.

“This is because the park will not only beautify our community, but will also serve as a source of income for the community and the land owners.”

The traditional ruler said that the tourists and the state government officials would not collect the selected lands designed for the park from their owners.

He, however, assured indigenes, whose lands were acquired that they would be duly compensated.

The Oluyin of Iyin-Ekiti also assured youths that only indigenes from the community would be recruited as tourist guards.

Earlier, Liewellyn-Jones thanked the traditional ruler, his chiefs and indigenes of the town for their warm reception.

He assured the indigenes and chiefs, who owned land in the proposed site for the park not be scared of losing their land.

The British Deputy High Commissioner said that the major aim of the project was to plant their indigenous trees, nurtured it and designed it to form a beautiful park to serve as source of income for the owners of the land.

Also, Dr Olly Owen, the Technical Adviser on Forestry to former Governor Kayode Fayemi, said that the project had been designed to bring out the beauty and economy value of natural resources in the town.

Owen urged the chiefs and indigenes of Iyin-Ekiti not to panic, assuring them that they were not coming to the community to take over their land or natural resources, but rather to add more value to it through their various reform plans.

In her remarks, the Nigeria Ambassador to Netherlands, Dr Eniola Ajayi, an indigene of the town, expressed delight with the rapid development being experienced during the reign of Oba Adeniyi Ajakaiye.

Ajayi said that forestry governance and tree planting, which she started in 2013, as the Commissioner for Environment, has began to yield positive development, even in her hometown.

She urged the indigenes to cooperate with the tourists to transform the natural resources and indigenous trees to a park that would generate income for both the investors and owners of the land.

Owen gave out lemon tree seedlings to the traditional ruler, chiefs and notable indigenes of the community for tree planting.