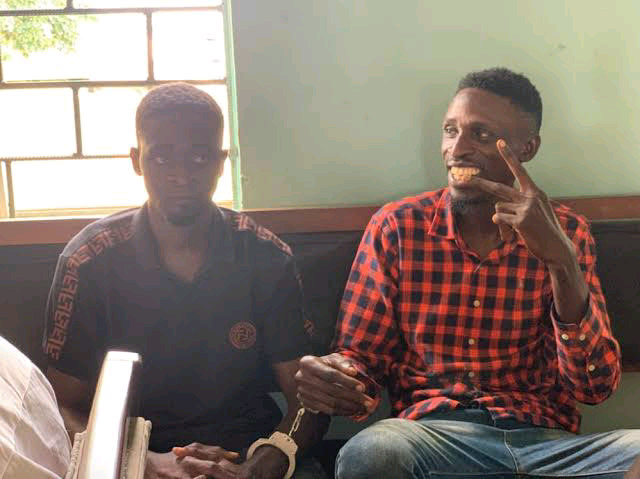 Two Kwara State journalists who were remanded in the facilities of the Federal Correctional Centre, in Ilorin, Kwara State, on the order of a Magistrate Court, have been granted bail.

They are siblings of the same father and mother, and children of a journalist father; Mr. Kunle Akogun, who is currently the Director of Corporare Affairs, University of Ilorin.

They were on Thursday, October 13, 2022 invited to the Kwara State Command Headquarters of the Nigeria Police Force, following an alleged petition written by the Chief Press Secretary to the state governor; Mallam Rafiu Ajakaiye.

Ajakaiye was said to have complained over an alleged defamation of his person by the journalists in a WhatsApp page, which he demanded the police to investigate.

Magistrate Bio Saliu, hearing the case after it was charged to court by the police on Wednesday, however granted them bail of N500,000.00 each, with a surety each that owns property in Ilorin, while their passports would be deposited at the court among other requests.

The detained journalists were brought to court unchained at about 10.15am, with their sympathisers, colleagues and family members flooding the court premises.

Representative of the office of the Attorney General, Abdulmumeen Busari, had asked the court to grant him at least 24 hours to study the case, having just taken it over on Wednesday morning, so that he would have a good standing to take the bail application by the counsels to the journalists.

Busari also said that it would be unfair on his part, if he was denied the request, pointing out that he needed to, because he needed to be given the application and also be seen to be given a fair hearing in the case.

However, counsel to the defendants, Barrister Olaitan, opposed the submission, saying, “I vehemently opposed that application asking for 24 hours to respond.The operative word in the content of their taking over the matter is to take over and continue. So it’s either they swim or sink with whatever action that had been taken. The Commissioner of Police has been duly served since Monday and the 48 hrs have started running since then.”

He also pointed out that “on their citing the issue of fair hearing, it means opportunity should be given to both parties and once opportunity has been given and a party refuses to take advantage of the opportunity, he can’t cry foul of been denied fair hearing. The liberty of the defendants is at stake; and their application is to continue to incarcerate the suspects in prison custody. Its their constitutional rights to receive the bail, so I urged the court to refuse the application of the office of the AG.”

In applying for the journalists bail, he cited the Kwara State Criminal Justice Laws, and prayed the court for an order that their applications for bail be granted on liberal terms, pending the determination of the substantive case and pending their arraignment before a court of competent jurisdiction.

He further premised the application on 11 grounds, with 17 paragraphs’ affidavit deposed to, by the defendants’ father, Kunle Akogun, and therefore urged the court to grant them bail; pointing out that
the defendants have satisfied the depositions in the bail application that they would be available for the trial.

In his ruling, Magistrate Bio Saliu, granted bail to the defendants, and adjourned the case to November 23, 2022.