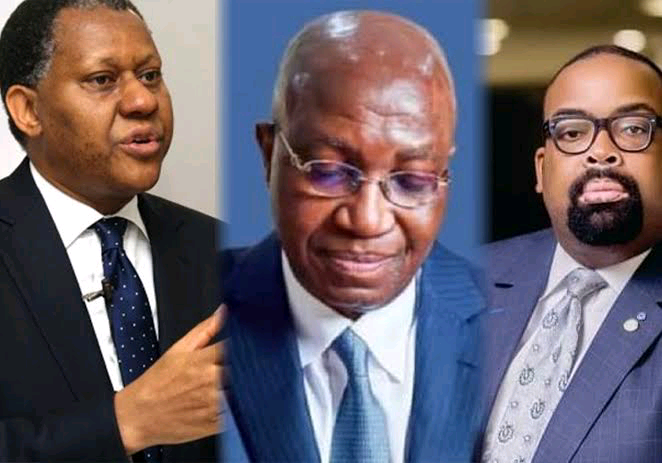 Given its largely tremulous trajectory from its independence till date, Nigeria has had to live through a maze of growing uncertainty and instability, generally occasioned by a potpourri of inanities.

However despondent these realities have been, the judiciary has remarkably been a rallying point for the nation’s continued survival and push towards self-actualisation and existence.

Within the judicial space, a few prominent individuals have been at the forefront of centralizing the aspirations of the Nigerian people, who are daily traumatized by a political elite that appears to be hell-bent on watching the nation crash.

However, within this marauding reality, a glimmer of hope of a virile Nigeria, envisioned by its founding fathers has always emerged.

Within the judicial space, such luminosity of hope is embedded in the person, personality and personage of Chief Wole Olanipekun, SAN.

His trajectory, both in private and public life, truly represents the best of humanity. Chief Olanipekun remarkably is the serving chairman of the Body of Benchers.

While he had led successful legal teams in many landmark cases, he was a former Attorney-General of the old Ondo State; and a former President of the Nigerian Bar Association, NBA.

His glowing records of competence, morality and capacity have been a focal point of reference, both for law practitioners and outside the profession.

As President of the NBA, Olanipekun was reported to have been repsonsible for the formation of the NBA Section on Business Law, SBL; and Section on Legal Practice, SLP.

It was equally gathered that he took on the NBA’s battle against the enactment of the Money Laundering (Prohibition) Act, 2011, whose sections 5 and 25 required lawyers to also obtain licences from the Special Control Unit Against Money Laundering, SCUML, before opening bank accounts and be making certain disclosures, which are in contravention of the attorney-client confidentiality.

Olanipekun, alongside others, was said to have gotten the Federal High Court to set aside the provisions of the Money Laundering Act.

Chief Olanipekun’s career has been stellar and exemplary.

However, the Nigerian media space was disturbingly inundated most recently with a letter reported to have been signed by the current President of the NBA, Olumide Akpata, pushing for the temporal resignation of Chief Olanipekun as chairman of the Body of Benchers.

The allegations had stemmed from an alleged ethical breach by a partner in Olanipekun’s chambers, Ms. Adekunbi Ogunde.

Ogunde had reached out to SAIPEM Contracting Nigeria Limited, which was standing trial on allegations of $130 million fraud at the Rivers State High Court, brought by the Rivers State government against Saipem SPA, Saipem Nigeria, and others.

The infraction, however, was that SAIPEM is a client of Henry Ajumogobia, a Senior Advocate of Nigeria, SAN.

On hearing about such ethical infraction, Chief Olanipekun, alongside other prominent Nigerians, had reached out to Ajumogobia, explaining that Ms. Ogunde acted without the authority and knowledge of her principal partner.

This stand was corroborated by Ms. Ogunde, who publicly stated that she made an “honest and regrettable mistake,” absolving Chief Olanipekun and his firm.

She equally outlined the various steps taken in apologizing to Ajumogobia, whose response was reportedly favorable.

The firm of Chief Olanipekun had earlier distanced itself from the indiscretion of Ms. Ogunde. According to a public statement, the firm said, “First, let it be known without any equivocation that the said letter was written without the instruction, authority, mandate, approval or consent of Wole Olanipekun & Co.; it was also not brought to our attention by the writer.

“Second, it has never been the practice of our law firm to solicit for cases or clientele, and we shall never indulge ourselves in this disturbing practice and trend.

“In effect, the writer of the letter under reference was on her own, and we wholly dissociate ourselves from the letter and its contents: while internal measures would immediately be taken to address and redress this unfortunate situation.

“The writer never discussed her intention to write the letter or showed it to any person or counsel in the office, either before or after sending it to Mr. Caio. Put in other words, the letter is hereby retracted unequivocally: even though it was unauthorised and done without our permission, authority or consent.

“We unreservedly apologise to the highly respected H. Odein Ajumogobia, SAN, OFR, and the entire law firm of Ajumogobia & Okeke for the embarrassment which the letter might have caused them; but let it be known that the letter has also caused us a lot of embarrassment as well.”

Before this statement, Chief Olanipekun had tendered an unreserved apology to Ajumogobia, insisting that he could not have been party to such. It is therefore disturbing that Akpata, in many people’s opinion, would act so ignobly without allowing fairness and equity to take its course. Many legal minds had argued that Akpata should have first sought an audience with Chief Olanipekun, a former President of the NBA, and perhaps other elders or past Presidents of the NBA, before writing such letter, if still necessary. Many others have equally argued that the fact that he wrote the sensitive letter and leaked it to the press showed that his intention was less than noble.

In addition, it is interesting to observe that the original respondent to the allegation, Ms. Ogunde, is yet to be served the contents of the allegations leveled against her. She rather woke up one morning to find the social media awash with her misdemeanor. Why then push for the resignation of the BoB chairman?

The LPDC rules, when applied to this issue, clearly indicate that its recommendations have not been put to use.

Clearly, these provisions have not been exhausted in this matter.

While it is true that the NBA and the legal profession tower above every member, Akpata should tread with caution so as not to be accused of using the esteemed office of the President of the association which he currently occupies in pursing certain interests.

Perhaps, one should remind the NBA President of the words of the immortal Abraham Lincoln, “Discourage litigation. Persuade your neighbors to compromise whenever you can. Point out to them how the nominal winner is often the real loser – in fees, and expenses, and waste of time. As a peacemaker, the lawyer has a superior opportunity of being a good man. There will still be business enough.”

Joseph Grynbaum puts it succinctly when he says, “An ounce of mediation is worth a pound of arbitration and a ton of litigation.”

•Olawale is a researcher and culture enthusiast.

2023: Kwara PDP Hunts For Aggrieved Members Who Had Decamped