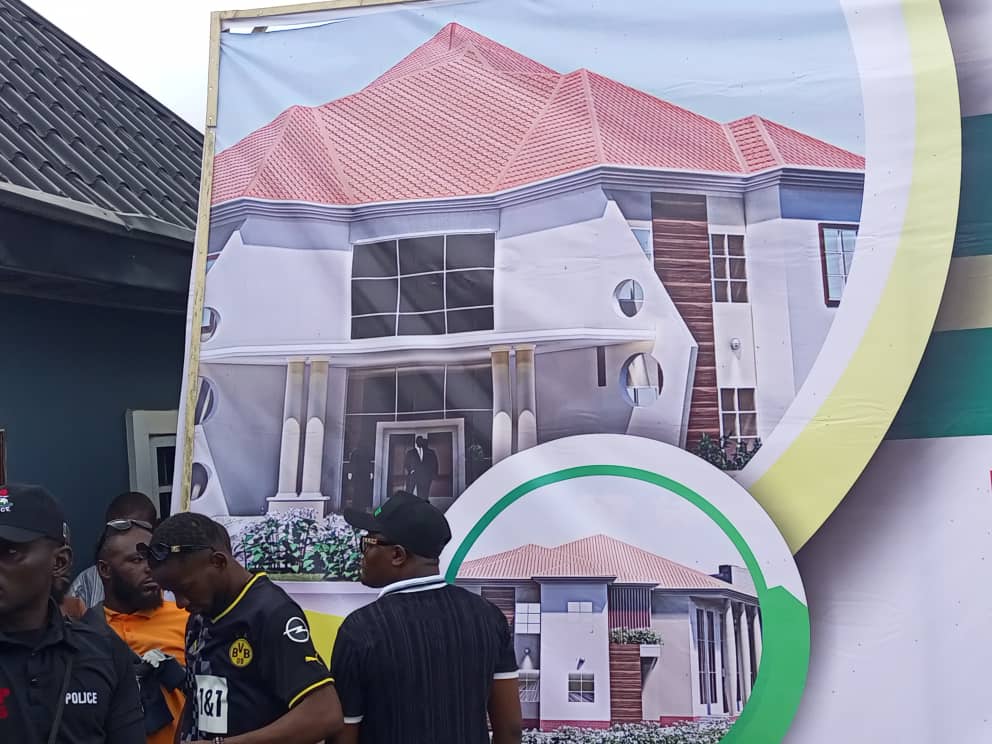 The Cross River State chapter of the Cocoa Association of Nigeria, CAN, has commissioned a muti-million naira Cocoa Guest House to boost tourism attraction in the state.

The guest house, which is sited in Ikom, the commercial nerve-centre of the state would help to boost cocoa production in the state.

Speaking, while officially commissioning the guest house, the Cross River State governor, Prof. Ben Ayade, stated that the guest house, which has a 1,000-capacity ultra-modern conference hall, would help business men and women, who have been in dire need of a conference hall and have a place to hold their meetings and other ceremonies to boost tourism development in the state.

The Cocoa Guest House, built by stakeholders of the industry would help in the provision of accomdation to business men and women, who may throng to the state when the ultra-mordern cocoa processing factory, built by the Ayade administration kicks-off.

The state governor, represented at the commissioning of the Cocoa Guest House in Ikom Local Government Area of Cross River State, by the state chairman of the All Progressived Congress, APC, Alphonsu Eba Ogar, hailed the state branch of the Cocoa Association of Nigeria, CAN, for the giant stride, prayed that God should protect guests who come to lodge at the guest house.

Also speaking, the Cross River State chairman of CAN, Mr. Ejor Acho Bissong, averred that as an association, they are fully prepared to go to any length to ensure that the production capacity of the cash crop is drastically increased to boost thier revenue base.

Bissong said, “We are committed to ensuring that we raise the local production of cocoa, increase it’s economic prominence and attract greater investment into our farms, and by extension, economy of the state and that of the nation at large.”

Speaking earlier, the Vice President, Cross River/Akwa Ibom and Rivers states zone of the CAN, and Chairman, local organising committee, LOC of the commissioning of the Cocoa Guest House in Ikom, Mr. Godwin Okwu, described the guest house as a thought-out facility that had been topmost on the association’s agenda.

Okwu maintained that the the Cocoa Guest House has been a burden of proper care and world class hospitality for extra-ordinary calibre of visitors to Ikom and Cross River State.

He added, “It is actually a first step in the package we are offering to investors first, and the general public, to ensure that upon visiting, they are treated to appropriate conditions for relaxed, impressive and ultimately satisfying long term business visit to the state.

“We have seamless blend of tourism and business in the best exquisite way possible.”

Okwu stressed that currently, the cocoa economy in the state is operating at less than 40 per cent of the capacity at farm level, less than 50 per cent in marketing and zero per cent in manufacturing.

He stressed that the Cross River State cocoa economy has the potential to sustain the state’s economy if the people maximizes potentials of the state.

The association charged both state and federal governments to provide 20 hectares of land, specifically, at government-owned estate at the Cross River State forest in Effray, to enable the association raise a cocoa seed garden and a demonstration farm.

He said, “This would make it easier for Cross Riverians to have access to hybrid planting materials, utilize the Cross River State cocoa processing plant for value addition and to also provide comfortable environment for trade to people of the state.”

Okwu disclosed that arrangement was in top gear for the construction of the association’s skill acquisition centre to tackle the number of youths facing unemployment and restiveness troubling the society.

He stressed that upon completion of the skill acquisition centre, youths who are idle in the state would have the opportunity to be trained in their areas of interest and specialties to get them engaged, so as to pull themselves out of joblessness.

The Association’s Vice President lauded the federal Ministry of Agriculture for the yearly distribution of agricultural input to farmers to boost cocoa production in the state.

In the same vein, the National President of CAN, M O Abolarinwa, called on cocoa farmers operating in the country to desist from cutting down tall trees that would have formed canopies in their cocoa farms to avoid the cocoa stems from being scourched by heat generated from sunlight to kill the stems and probably lower the number of tonnes usually produced in the nation.

Also, the President, Federation of Agricultural Commodities of Nigeria, FACAN, who doubles as chairman of the occasion, Dr. Victor Halim Iyama, lauded the CAN leadership in Cross River State for the sustainance of the association’s good image and maintaince of healthy relationship with all stakeholders in the cocoa value chain.

While eulogizing the giant strides recorded by the association’s leadership, the deputy chairman of the APC in Cross River State, Prince Eka Williams, advocated for the sustainance of team spirit by all the key players in the industry.

He said that it is only when they agree to work in one accord that more feat would be attained, emphasizing that team work remains the surest way of achieving success.

Williams, who had just been appointed by the state chapter of the APC to suprintend over the affairs of all support groups canvassing votes for the APC presidential candidate, Asiwaju Ahmed Bola Tinubu, stated that it is only when good relationship exist among other key players in the sector with CAN leadership in the state that production of good quality cocoa can be assured to make the nation stand tall among other nations of the world that produces cocoa.