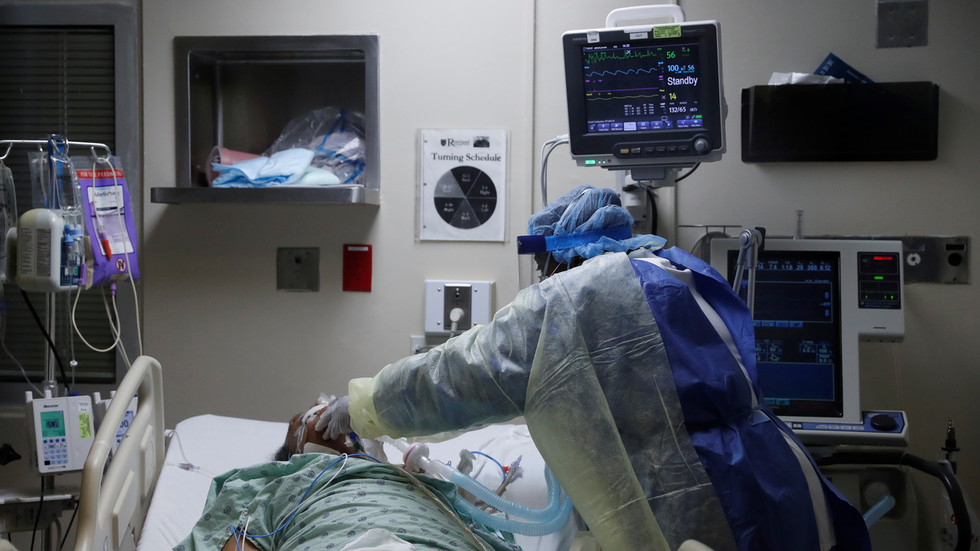 A new and alarming report by the New York Times that the United States, US, government experts expect daily COVID-19 infections and deaths to skyrocket over the next month, as America reopens, has been challenged by the White House as unfounded.

New coronavirus infections are projected to reach 200,000 a day by June 1, from about 25,000 currently, and daily deaths are expected to go from 1,750 now to 3,000 or so, according to the document made public by the New York Times on Monday.

The report, described as “an internal document” obtained by the paper, which comprised of a 19-slide PowerPoint presentation, is attributed to the Centers for Disease Control and Prevention, CDC, and bears the seals of Departments of Homeland Security, DHS, and Health and Human Services DHHS.

The projections “confirm the primary fear of public health experts” that reopening America would take it back to the situation in mid-March, where “patients were dying on gurneys in hospital hallways as the healthcare system grew overloaded,” said the New York Times report. 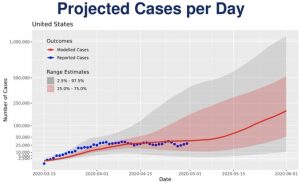 To give voice to these unnamed experts, the New York Times quoted Dr. Scott Gottlieb, former Food and Drug Administration, FDA, commissioner, from an interview with CBS on Sunday.

Gottlieb, who resigned in March 2019 to rejoin the private sector, where he currently sits on the board of the pharmaceutical giant Pfizer, among other things, had said, “While mitigation didn’t fail, I think it’s fair to say that it didn’t work as well as we expected.”

White House spokesman, Judd Deere, challenged the paper’s reporting, however, saying that the presentation it is based on “is not a White House document,t nor has it been presented to the Coronavirus Task Force or gone through interagency vetting.”

Deere had tweeted, “This data is not reflective of any of the modeling done by the task force or data that the task force has analyzed,” arguing that the White House guidelines for lifting the lockdowns are a “scientific driven approach that the top health and infectious disease experts in the Federal Government agreed with.”

As it turns out, the slides represent not a projection, but an unfinished model of what could happen under certain circumstances, Justin Lessler, an associate professor at the Johns Hopkins Bloomberg School of Public Health and the author of the model, told the Washington Post.

Lessler said, “I had no role in the process by which that was presented and shown,” adding that he sent the data to the CDC as a courtesy, but “it was not in any way intended to be a forecast.”