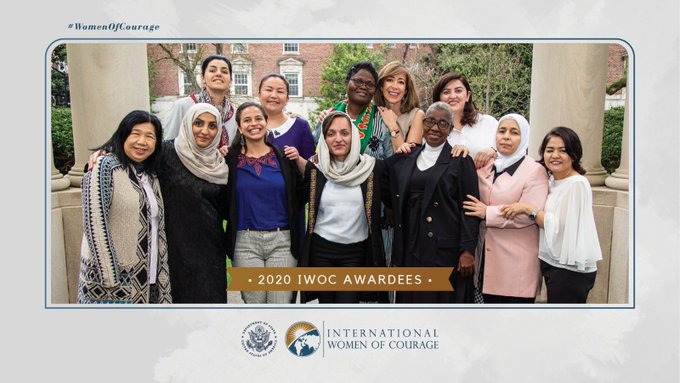 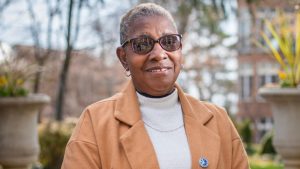 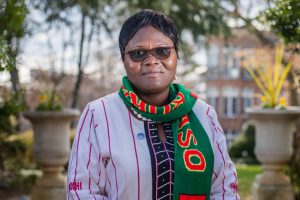 The U.S. Department of State has named two African leaders among 12 extraordinary women, winning the 2020 International Women of Courage, IWOC, awards, which recognizes women around the globe who have demonstrated exceptional courage and leadership in advocating for peace, justice, human rights, gender equality, and women’s empowerment.

The two African women on the list of 12 global women are Dr. Rita Nyampinga, from Zimbabwe and Claire Ouedraogo from Burkina Faso.

Dr. Rita Nyampinga was recognized for fighting for gender equality in the workplace since she joined a trade union in 1983, and Ouedraogo, for working to eliminate female genital mutilation/cutting, FGM/C, and promoting female empowerment through family planning education.

In its 14th year, the Secretary of State’s IWOC Award recognises women around the globe who have demonstrated exceptional courage and leadership in advocating for peace, justice, human rights, gender equality, and women’s empowerment, often at great personal risk and sacrifice.

The winners were hosted by the US Secretary of State, Michael R. Pompeo, at the Annual International Women of Courage, IWOC, Awards on Wednesday, March 4th, 2020.

Since its inception in March 2007, the Department of State has recognised 134 women from 73 countries and this year will bring the total to 146 awardees from 77 countries.

U.S. diplomatic missions overseas nominate one woman of courage from their respective host countries; while the finalists are selected and approved by senior Department officials, according to a statement issued by the Office of the Secretary of State.

In 2019, three Africans, Mama Maggie of Egypt, Anna Aloys Henga of Tanzania, and Moumina Houssein Darar of Djibouti made the awards’ list and in 2013, Nigerian activist, Joel Odumakin made the list of global leaders presented with the International Women of Courage Award.