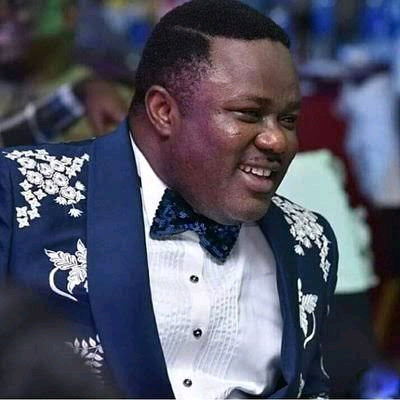 Cross River State Governor Ben Ayade has promised to complete the cargo/passenger airport project currently under reconstruction before his administration winds to an end, stressing that the cargo/ passengers airport project, upon completion, shall help in boosting the economic fortune of the state.

Ayade gave the assurance while inspecting the project, stating, “I am quite excited at the progress of work so far, we have five sub contractors working here at the Obudu International passenger/cargo airport and we hope to be done with all the earthworks in the next four months.

Stressing that he is impressed with the progress of work, the governor revealed the many benefits of a state owning such an airport and the fact that it will be ready within a particular time frame, given the number of contractors engaged in the project execution.

Ayade said, “The contract was only awarded earlier this year and they moved to site about two months ago and they have achieved about 35 per cent in terms of job completion. We are passionate about this project, we are very aggressive about this project, you can see the number of equipment and different sub contractors on site.”

The governor averred that the Obudu International Cargo and Passenger Airport, and the state owned airline, Cally Air are primed to change the sordid economic narrative of the state by revving up its tourism potentials.

He added, “The Cally Air, which is owned by Cross River, is completely set up to drive traffic into the state. If you take Emirates out of Dubai, you will have no Dubai, therefore we must understand the fact that logistics is key in today’s world. No matter how much you want to depend on a digital world, some physical movement remains imperative.”

Ayade further noted that the Obudu is a vital life wire for the Obudu Cattle Ranch, “because it is obvious that the facility has the capacity to meet Nigerians’ tourism needs, that’s why we need to create higher footfalls and densification for the ranch. To achieve this, access is critical. You cannot have access to Obudu Cattle Ranch even if you were to come in from Lagos for example. You will have to land in Calabar and then you have to deal with six hours of travel time to get to the ranch which is quite discouraging.

The governor enthused, “Tourism actually cannot be tolerated, tourism is pleasure. When it becomes tolerance it becomes torture. So we needed to deal with the access, because even if I have to put gold in the ranch nobody will come unless the access to the ranch is very convenient.”

He said that beyond increasing footfalls to the ranch, the main objective of the airport is “to create an industrialization process that will give every industry in the state an export potential. You have to invest in naira and earn in dollar for this economy, this country to grow.”

He said given the abundance of groundnut in Bekwara Local Government, his administration is building a vegetable oil factory, which is currently at the completion stage, adding that the availability of the international cargo airport will enable the state to export natural vegetable oil to the Middle-East.

Ayade insisted that upon completion, the airport will compliment the state in its desire to export ornamental flowers, to be grown at the Obudu Ranch Resort, known to have an altitude that is good for flowers cultivation.

He said that Rwanda and Kenya, currently make $3 billion and €6 billion respectively from the importation of flowers, stressing that the state should make more than that given that neither of the two countries has an altitude as high as that of Obudu Ranch Resort.

Attributing his administration’s ability to execute two capital intensive projects – Cally Air and the airport project – despite lean financial resources to careful planning and intellectual wizardry, Prof Ayade added, “Nobody will imagine that Cross River State could have an airline and an airport of which the cumulative cost is beyond the carrying capacity of Cross River State. So there is a lot of intellectual money we have brought to bear on the projects.”