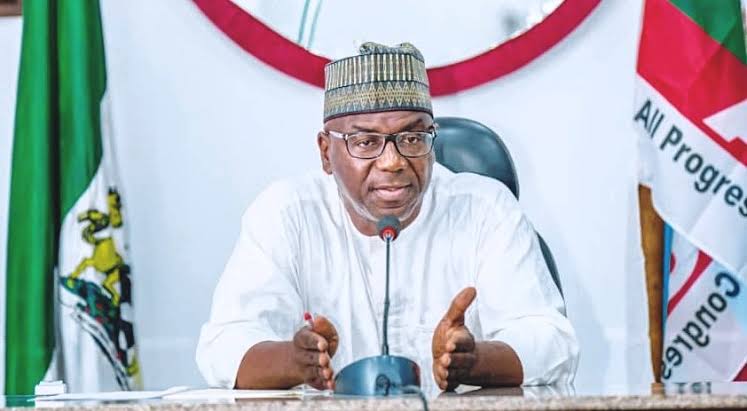 The Kwara State governor, AbdulRahman AbdulRazaq, has called for win-win measures to assist border communities in Nigeria, who are badly hit by the restrictions on petroleum products.

This, according to him, was by way of adding his voice to the daily appeals by residents of border communities, particularly those of the Kwara North in Baruten Local Government Area, who have been begging the Federal Government to work out relief measures on the border closure.

The governor made this call, while speaking in Ilorin when he received the Federal Border Drill Team of the Customs Service in his office.

Hailing the border closure policy of the Nigerian government, the governor said that regional economic agreements between neighbouring countries should not be an excuse to dump goods on the other or compromise the security of the country in relations.

AbdulRazaq said Kwara State would continue to support the Federal Government policy, including offering necessary supports to the joint security architecture mandated to enforce what Abuja said was necessary to check illegal trade, proliferation of small arms and light weapons, and cross border crimes in Nigeria.

He said, “Despite several international agreements Nigeria has entered into, our borders need to be properly secured, so that the country does not becomes a dumping ground for all manner of foreign goods.”

The Customs’ delegation was led by Comptroller of Customs and Team Leader, Uba Garba Muhammad.

AbdulRazaq also observed that Nigeria and sub national governments like Kwara must work hard to become more competitive in a world increasingly linked by technology and trade, calling for better investments in entrepreneurship.

He added, “The closure of borders is a wakeup call to sub-nationals and to the country at large that there are challenges ahead, because of the African Continental Free Trade Agreement, AfCFTA, which Nigeria is part of for free movement of goods and people across borders.”

Promising to support the Customs Border Drill, AbdulRazaq said, “We will do everything to support what you are doing. Let us always know the areas we can further come in to support you. We thank you for your service to Nigeria.

“We all sleep at night without actually knowing what you do to ensure adequate security of lives and property.”

In his response, Comptroller Muhammad commended the governor for his “laudable steps” since he took over the reins of governance in Kwara.

He said Abuja set up the border patrol operations to cover the entire country with a view to securing maritime and land borders, adding, “It is a common knowledge that the level of insecurity in Nigeria before the setting up of the joint border had assumed an unacceptable proportion as banditry, cattle rustling, kidnapping, child trafficking and smuggling were the order of the day.”