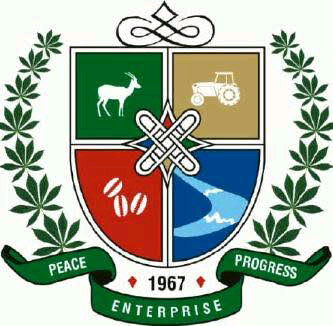 Restructuring still remains the only way out of secessionists agitations and the insecurity challenge Nigeria is currently facing, a chieftain of the All Progressives Congress, APC, in Kwara State, Comrade Rauf Bello, has said.

Speaking while delivering a paper titled: ‘Vision, Mission and Ethics in Democracy: The Nigerian Experience,’ at a weekly ‘Political Dialogue’ programme organized by the Nation’s Leadership Institute, NLI in Ilorin the APC chieftain, Comrade Bello, made the assertion.

President of the institute, Akogun Iyiola Oyedepo, had last month designed the political dialogue in the NLI for emerging
political leaders in Kwara State.

Bello, who is an Emeritus Lecturer of Political Science at the National Open University of Nigeria, NOUN, strongly made a case for the much debated restructuring that had dominated the public discourse, pointing out that it would be the only panacea to address the various problems bedeviling the country.

Specifically, the comrade-lecturer said that the 45 items on the Exclusive List in the 1999 Constitution (as amended) should be reviewed to give about 41 of the items to states, while the Federal Government should only concern itself with four items.

He added that more power should be devolved to the state governments to manage the resources in their states, and pay royalties to the Federal Government.

He said, “I am not talking about dividing or balkanizing the country, no; that is not what I mean. What I mean is that states should be given more powers and most of the items on the Exclusive List should be ceded to them, so that this would enable them to manage their respective affairs from within.

“The Exclusive List should be reviewed to give less power to the central authority. In more than 45 items on the exclusive list; the central government should have about four items, such as defense, monetary regulation, foreign affairs; and the states allowed to control their resources.”

Bello also said the Electoral Act of 2010 as amended should be further amended to give the Independent National Electoral Commission, INEC, power to disqualify candidates if fresh evidences are found that the candidates are not fit, even after such names have been cleared.

The development, he said, would curb the unruly behaviour of candidates and political parties, and stop them from doing what they like, especially during elections.

The APC chieftain also added that the present political parties in the country lacked political ideologies and manifestos, as was the case in the First and Second Republics.

He averred, “The compass of any group or political organisation is ideology, because ideology is the vision and mission of the party. What the political party stands for, what it wanted to do and how it will do it.

“In the First and Second Republics in Nigeria, we know that the major
political parties were ideologically based on ideological spectrum.

“Unfortunately, under the current political dispensation, ideology has taken flight from the Nigerian political space. In the First and Second Republics, political parties were ideologically based.”

According to him, the Action Group, AG, led by the late sage, Chief Obafemi Awolowo, leaned towards democratic socialism; the Northern People’s Congress, NPC, led by the late Sir Ahmadu Bello was inclined to
conservatism; while the National Council of Nigeria and the Cameroons, NCNC, led by late Dr. Nnamdi Azikiwe, was associated with welfarism.

Bello also added that the Northern El mental Progressives Union, NEPU, led by late Mallam Aminu Kano, aligned with radicalism, which was a little far to the left of the ideological spectrum.

Fifty people were selected from each of the 16 local government areas of the state for the political dialogue/training that was scheduled to span four months.