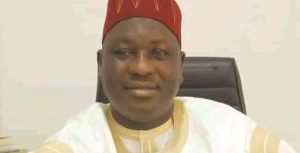 The Nasarawa State Police Command, on Wednesday, February 19, said that it has arrested 12 suspects in connection with the kidnap of the Permanent Secretary of the state Ministry of Works, Jibrin Giza.

This was even as the command also arrested and paraded 35 suspected kidnappers and armed robbers, recovered seven AK 47 riffles, seven locally made pistols/guns, two motor vehicles and two motorcycles yesterday.

The Permanent Secretary was abducted in the early hours of last by unknown gunmen at his residence in Shabu, a suburb of Lafia.

Confirming that the kidnapped Permanent Secretary has regained his freedom, the Nasarawa State Commissioner of Police, Bola Longe, Giza was released by his abductors at Duduguru village, about 10 kilometres from Lafia, along Makurdi road.

The CP told journalists that when the Permanent Secretary was kidnapped, “the command created four rescued teams that the permanent secretary must be rescued alive, and they went to all those places where human and technical intelligence were pointing irresistibly that we could locate him.”

He added, “Consequently, we put pressure on them and arrested five people between Nasarawa Eggon and Shabu area. Then technical intelligence pointed that they were at the back of the Federal University, Lafia, and towards PHCN service centre and there we arrested seven other suspects.

“When the kidnappers knew that there was no any escape route, they abandoned him around Duduguru area and disappeared. But we are still on their heels, monitoring them through technical and human intelligence and we will get them.”

CP Longe disclosed that based on credible intelligence, police busted and consequently arrested one Paulina Santos, F, who had conceived a disingenuous plan to kidnap a mother of her bosom friend.

Longe said, “The suspect, who hails from Ogbadibo Local Government Area of Benue State and a resident of Azuba Bashayi, Lafia Development Area, but works as a casual staff in a primary health care facility, had contacted an individual to help her organize a criminal gang that will execute the unwholesome task of kidnapping the would-be victim, on the premise that her husband and children work with the NNPC and a huge amount of money would be collected as ransom.”