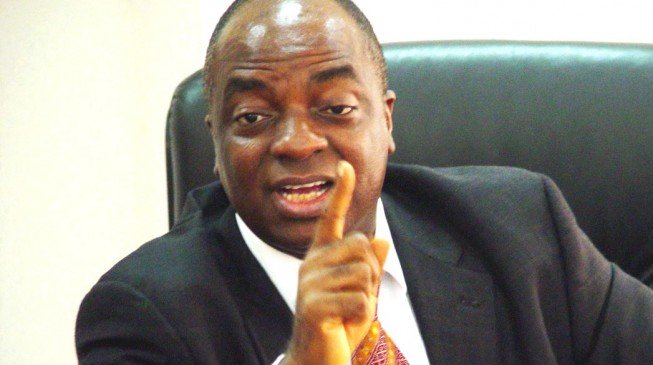 The Presiding Bishop of the Living Faith Church Worldwide, also known as Winners Chapel, Bishop David Oyedepo, has again bombed the incumbent administration of President Muhammadu Buhari, describing it as not only the worst government in the history of Nigeria, but also more like an animal farm, in reference to a book of same title by George Orwell.

Oyedepo dropped the bombshell during the second service at the church headquarters in Canaanland, Ota, Ogun State on Sunday.

He said, “This is the worst government ever in this country. In fact, it is beginning to look more like a curse, but God forbid! They started with trying to control who leads the church, but that foolishness is in the past now; and then said anyone that speaks against the government, it is hate speech.

“How can you step on my toes and not expect me to cry out against the pain? Well, there’s no gang up anywhere under heaven that will make me deny Christ; I will continue to speak the truth.

“That is why I said it is more like an animal farm. Do you remember the book, Animal Farm by George Orwell? That’s is how this government is behaving. There is no direction in this government at all! They simply lack direction. But their days are numbered!

Bishop Oyedepo has always been vocal about government policies that is not favourable towards the people and is not afraid to voice out against any wickedness done on Christians, especially by Fulani herdsmen or Boko Haram insurgents in the country.

‘Papa,’ as he is fondly called by his congregation, preached on the importance of engaging violent faith for supernatural breakthrough and enjoined worshippers to stand like lions in the face of life’s battles, admonishing them to also engage the power of prayer and testimonies to overcome forces of evil.

He also prayed for women trusting God for the fruit of the womb and proclaimed that they will surely come back in nine months with their babies.