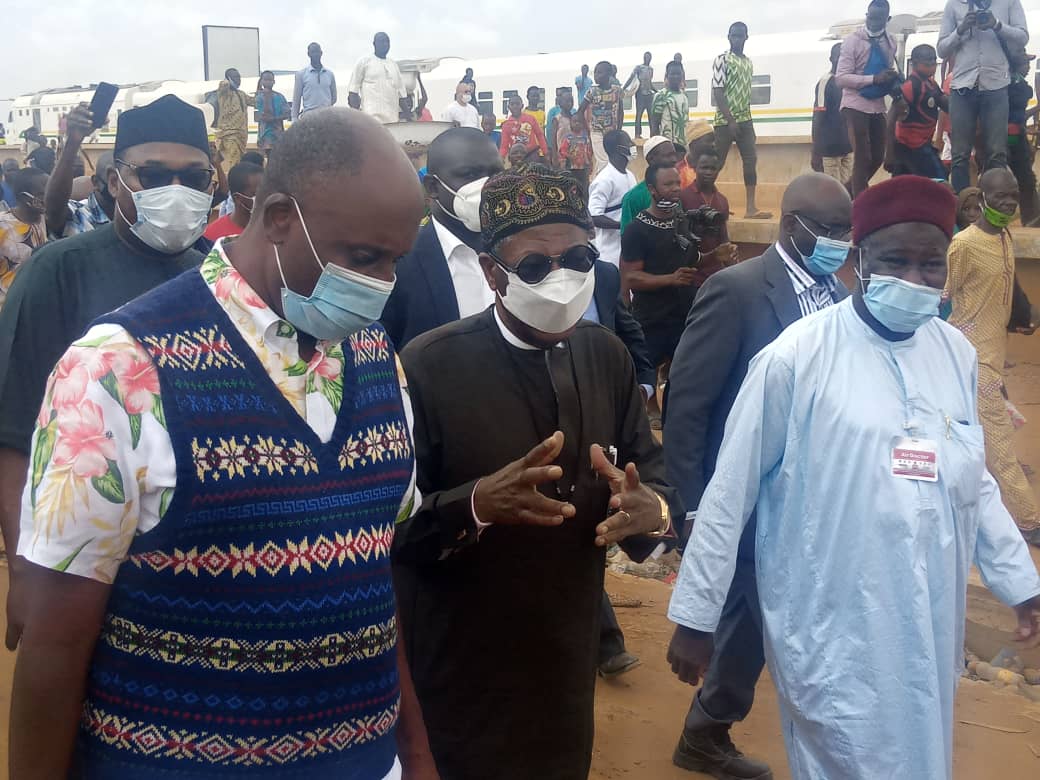 The Minister of Information and Culture, Alhaji Lai Mohammed, has said Nigeria is effectively utilizing the funds it borrowed from China and elsewhere for infrastructural development to create jobs and provide the basis for economic development.

Alhaji Mohammed stated this at the construction site of the Ibadan Train Station on Saturday, after a joint inspection of the Lagos-Ibadan Standard Gauge Rail Project, with his Transportation counterpart, Mr. Rotimi Amaechi.

“There is no better way to answer Nigerians as to what we have done with the money we have borrowed than this trip,” he told the over 40 journalists who accompanied them on the inspection.

He added, ”On this trip, you have seen first hand the stations being constructed, the rail lines and the people who are working on the projects.

“Rather than arguing with critics, we opted to allow you (journalists) – the ears and eyes of Nigerians – to come and see for yourselves what we are doing with the money we are borrowing.”

The minister said that there is nothing bad in borrowing, provided the funds are invested in infrastructure rather than services or consumption.

The minister said the tour of the Lagos-Ibadan Standard Gauge Rail Project is the first in a series of inspection the administration is embarking upon to showcase to Nigerians the status of work on the projects the government is executing with the money it has borrowed.

Alhaji Mohammed expressed delight at the level of work on the train stations and the modern coaches procured to convey passengers and goods on the Lagos-Ibadan Standard Gauge rail line.

On his part, the Minister of Transportation, Mr. Amaechi, said $1.6 billion is being expended on the Lagos-Ibadan Standard Gauge rail line and the stations, with $200 to $300 million counterpart funds from the Federal Government.

He appealed to the National Assembly to approve the $5.3 billion loan request from China to enable the government to execute the Ibadan-Kano Standard Gauge rail line.