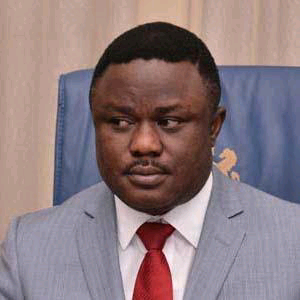 The University of Calabar Teaching Hospital, UCTH, chapter of the National Association of Resident Doctors, NARD, on Tuesday honoured the Cross River State governor, Sir Ben Ayade, with an award in recognition of his giant industrialization strides.

NARD also commended the governor for putting in place security mechanisms, including Operation Akpakwu, which has curtailed incidences of crime in the state.

NARD members who paid Governor Ayade a courtesy call at the conference room of the Governor’s Office, in Calabar, said they came to present him with the ‘Champion of Industrialization’ award, in recognition of his strides in industrializing the state.

President of the association, Dr.Godwin Udoh, while praising Ayade for his strides in various sectors of the state economy, pledged the union’s unflinching support for his administration, especially in the area of healthcare delivery.

He said, “Your Excellency, we have taken note of your giant strides in various sectors of Cross River’s economy and we are satisfied with your performance.

“In the area of industrialisation, Calachika, rice factory, noodles factory, Cally Air, among others are all there for everyone to see.”

In the health sector, the NARD president commended Ayade for the upgrade of the School of Midwifery, Itigidi, to a full fledged School of Nursing, the renovation and equipping of the General Hospital, Calabar and the introduction of Health Insurance Scheme in the state.

Expressing delight that since the introduction of Operation Akpakwu, medical doctors in the state no longer suffer kidnap by criminals, Dr Udo maintained, “The security architecture you introduced in the state has hugely saved medical doctors the nightmare of incessant kidnap as witnessed in the past. We thank you for this, Your Excellency.”

In his response to the gesture, Governor Ayade thanked the doctors for the honour, saying that it is an elixir that will spur him to do more.

The governor likened his industrialization drive to the agro-industrial revolution in Britain, which allows you to develop and provide jobs at the same time.

Ayade said, “How else can you explain that Cross River, a state that is number 35 out of 36 in terms of federal allocation, reduced to want in body, in spirit and in finance, yet has the highest number of newly built industries? Nobody can contradict me on this.”

Continuing, he told the visiting doctors that “in the history of this country, no governor has built the number of industries I have built and I built those industries based on a scientific background.”

He described agro-industrialisation as a veritable means of job creation in the state with a view to reducing crime as well as “the primary step to actually hand-hold a state out of poverty and create a prosperity agenda.”