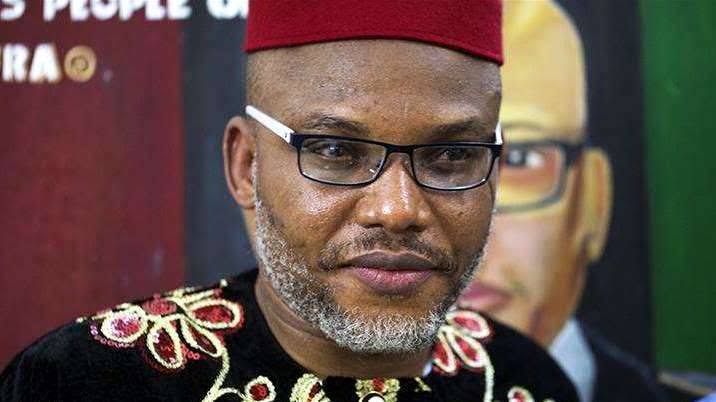 Nigerian controversial journalist, Kemi Olunloyo, who insisted that leader of the Independent People of Biafra, IPOB, Nnamdi Kanu, is dead and buried in Italy, has challenged the IPOB leader to do alive video if he was truly alive.

Her insistence on Kanu’s death from the novel COVID-19 pandemic is coming on the heels of her debunking same story she had posted last week that Kanu was dead.

Recall that Olunloyo had on April 22 took to her official Twitter handle, twitting that based on her investigations, she can categorically state that Nnamdi Kanu is not dead.

But yesterday, she made a u-turn, insisting that the IPOB leader was actually dead in an Italian hospital; claiming that his death was confirmed by her top military source.

She wrote in a series of tweets:

#BREAKING UPDATE I was briefed by a top military defense dept source that Nnamdi Kanu did pass away in an Italian hospital as reported. I was also told that whoever is broadcasting is an impostor meant to keep IPOB together. The Italian Hospital source also confirmed it #RIPKanu

She said, “Kanu’s wife is in the UK and is reportedly angry at IPOB spokesmen for ‘covering her husband’s death up’ and not announcing.
I asked my defense dept source if they will announce, they said in due course. Meanwhile a double is on air on his program. I have asked for a live video.

“Nobody knows where the double is broadcasting from. IPOB continues to be a nuisance and reportedly working on who will head the terror group next or if Biafra will be achieved. #RIPNnamdiKanu

“Nnamdi Kanu has died and gone. The person on a radio/video show yesterday didn’t have to hide their face. That person was physically in Nigeria doing his voice over. As a broadcaster, I can do voices of many public figures. #RIPNnamdiKanu.”