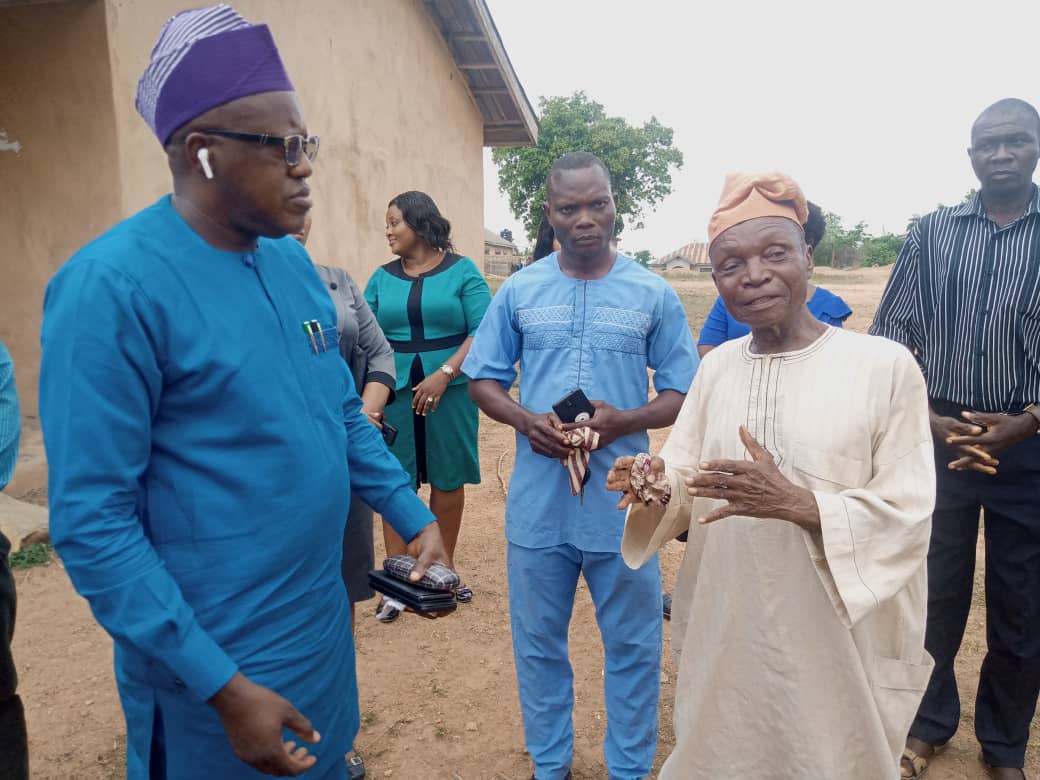 St. John’s Primary School, situated in Fenwa Community, in the remotest part of Ido Local Government Area of Oyo State, is to benefit from Oyo State government’s 2020 UBEC/SUBEB intervention projects. The state government stated that this will improve the school’s infrastructure, beauty and learning environment.

Chairman of Oyo State Universal Basic Education Board, OyoSUBEB, Dr. Nureni Aderemi Adeniran, who paid an on-the-spot visit to the school, after a hint on the social media about the parlous state of the school, said that this is one of the proactive steps of Oyo State government in revamping the education sector.

Adeniran siad that the Oyo State government will not rest on its oars until it delivers all its promises to provide world-class education to all pupils in the state.

He siad, “Despite the unprecedented challenges we are facing in the nation, the Oyo State government under the leadership of Governor Seyi Makinde, will ensure it delivers its promises to provide world-class education, training and care for everyone, whatever their background.”

Promising the renovation of the existing block of classrooms, Dr Adeniran also hinted that the school would receive a block of three classrooms, borehole, furniture and toilet facilities in the 2020 intervention projects which will commence very soon.

He added that schools like St. John’s Primary School, with dilapidated structures are scattered across local governments, but they are priorities to the government.

He revealed that the Engr Makinde-led administration wishes to cater for all the 2,457 schools in Oyo State, and therefore called on members of the public to formally nudge the state government through the Board on structures that need urgent attention, rather than casting aspersions on the state government or its MDAs.

He added, “This is part of our urgent interventions in the basic education sector. We did something like this at a public school in Oluyole Local Government, which had been abandoned for years.