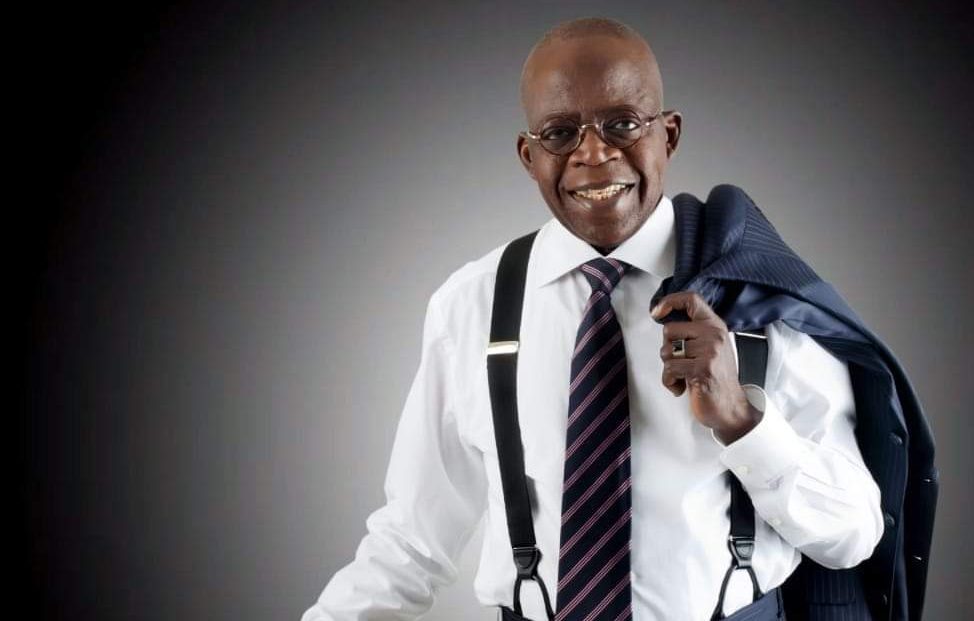 Some people never learn, but I will tender to them a word of sound advice in the hope that some degree of civility and good sense will find its way to them. It is not wise to continuously pass judgment on a person or to repeatedly predict a person’s demise, politically or otherwise.

Worst, are those who lurk in the shadows to pass calumny and stir falsehood against someone, because you believe that person may one day seek the same high office you so irrationally and desperately covet. The same measure you use shall ultimately be weighed against you and you shall be found lacking.

Political carpetbaggers and their hired mercenaries have strained and tugged so hard to paint recent developments within the All Progressives Congress, APC, to be what they are not. With the legal disputes regarding the national chairmanship, the party was certainly going through a rough patch.

However, we know much of that turbulence was due to the covert machinations of a troubled minority in the party, who wanted to take over the party leadership. Since they did not have the requisite popularity within the party, they tried to do through the court what they could not achieve through the workings of internal democracy.

They learned this tack from their former mentor, Atiku Abubakar, who used the same ruse to try to grab through specious legal argument, what President Muhammadu Buhari handily won through the democratic ballot.

Victor Giadom would never have laid claim to the APC chairmanship if not that certain figures were instigating his actions from their lairs in the shadows. He was not really an independent leadership figure.

He was but the improvised explosive device of those who paid him to do their destructive work so that they may seem to keep their hands clean. Their motives were still soiled and sordid.

The turmoil this minority caused indeed was hurting the party. The President waited patiently hoping matters would be resolved. However, when it became clear that the usurpers would not stop, he wisely determined to put an end to their penchant for confusion.

The action taken at the recent National Executive Council, NEC, meeting of the APC placed the party on an even keel. Giadom gloatingly waltzed into the meeting thinking himself chairman of the party. He was escorted out before the meeting ended.

The court cases were to end. The party was to stand united behind the Edo primary winner, Osagie Ize-Iyamu. A caretaker committee comprised of leading and highly respected party members was formed to guide the party through elections in Edo and Ondo states and to schedule a national convention in six months.

The minority usurpers were denied the core of what they had been plotting to achieve. Party leadership was moved as far from their hands as ever. They reacted predictably by vainly depicting this as a setback for Asiwaju Bola Tinubu.

But Asiwaju’s statement on the matter set the record straight. If this were a defeat, it is one of those defeats so advantageous as to be indistinguishable from victory.

In their dissections of events, some writers have, however, attached themselves to the empty conjecture and propaganda of the anti-party usurpers.

Posturing as latter-day Nostradamus, these people are not trying to predict what will be; they are predicting what their sponsors want to happen.

They see only what they and their biases have been financed to see. What they claim to be their crystal ball are nothing but their leaden hearts and dense ambitions. They see nothing, because they cannot see beyond themselves.

This brings us to the existential question: why all the furore over Tinubu? They want to rule this nation but deep down they know the nation does not really want them.

They also know that their ambitions far outpace their abilities. They have no qualms in making a mash of the party, because they merely view the party as a platform for their unbridled selfishness.

Tinubu on the other hand is different. He joined with President Buhari to form this party. He sees the party as an essential institution to provide Nigerians the democratic good governance and progressive reform needed.

He also established a fine track record as a creative and innovative governor, one of the nation’s best and most productive.

Those who snipe at him from the shadows and through proxies know they can neither equal his resume nor do they have his knowledge and vision.

Thus, they must do the only thing they have mastered in their long careers. They must seek to destroy a man, who has in one way or another helped them during their times of need.

While such destructive talents may seem potent in the short-term, they offer no enduring solutions to building a great nation or establishing a vibrant political party.

These people are so scared of Tinubu’s shadow that they constantly attack him, although he has yet to declare an interest in the 2023 race.

As such, this ambition exists only in the imagination of his enemies.

Tinubu has shown himself to be clearly of a different personal constitution than these people. He does not engage in backbiting and sniping. These people do these things because it is all they know.

At this juncture, with so many challenges facing us, these people should be too occupied with the daily welfare of the nation than in what might happen three years from now.

Their perception of time and what is important are sorely warped. This should give the public pause as to whether they want such people to lead them.

While believing the expression and naked pursuit of any presidential ambition would be highly distasteful at the moment, Asiwaju has devoted himself to trying to assist the party and the administration.

Showing a supportive relationship with President Buhari, he has offered policy suggestions and ideas during the COVID-19 crisis.

Abridged versions of some of these ideas have been published to help explain to the population the need for novel approaches during this uncertain time.

While Asiwaju has devoted himself to such constructive efforts, his assailants have done nothing of the kind, for they cannot offer what they do not have.

What they lack is statesmanship and economic knowledge. What they have in abundance are cheap tricks, intrigues and cynical politics that speak of nothing but their individual ambitions. Such people are not of the kind that Nigeria needs, particularly now.

Tinubu has spent his time trying to better the lot of the average person during this straitened moment of global emergency.

These others give not a thought to the common person. They would rather sacrifice the collective interests of all Nigerians to satisfy their thirst. Whatever you want to say about Tinubu you cannot say he has been afflicted with this malady. He has sacrificed his own ambitions more than these other men ever could.

As a last-ditch effort, the usurpers and their hired columnists have tried to create some rupture between President Buhari and Tinubu. Their efforts, though creative, have not worked.

The President sees how hard Tinubu has worked and, I believe, knows the sincerity of Tinubu’s suggestions and recommendations.

Tinubu trusts that the President is always seeking the national interests. Such a foundation cannot be destroyed by unfounded rumour and tales.

From his response to President Buhari’s intervention, Asiwaju clearly demonstrated his support. Not only did he support the decisions taken by President Buhari to restore order, he restated his unwavering belief in the Buhari administration to continue to reform this nation for the better.

This is not the response of a man bemoaning his fate.

During their visit, the panel thanked Asiwaju for his support of the NEC decisions. Governor Buni stated that the visit was to seek support, guidance and wise counsel for the committee’s assignment.

Those mindlessly pursuing a 2023 presidential ambition at present to the point of fomenting disunity to gain control of the party structure need therapy. They have been driven to mad obsession by their ambitions. Asiwaju has taken a different path.

In his most recent statement, Asiwaju said, “To those who have been actively bleating how the President’s actions and the NEC meeting have ended my purported 2023 ambitions, I seek your pity.

“I am but a mere mortal, who does not enjoy the length of foresight or political wisdom you profess to have.

“Already, you have assigned colourful epitaphs to the 2023 death of an alleged political ambition that is not yet even born.

“At this extenuating moment with COVID-19 and its economic fallout hounding us, I cannot see as far into the distance as you…I have devoted the last few months to thinking of policies that may help the nation in the here and now. What I may or may not do three years hence seems too remote given present exigencies.”

In addition to thinking of policies and ideas that can help the country at present, Asiwaju, at every point, has been counseling Nigerians to stay safe by engaging in personal hygiene and embracing social distancing measures.

Only in this way may we get through this moment without adding to the tragedies that have already come. Every other matter, including what happens in 2023, is for the future and as such in the hands of God, not the clever devices of man.