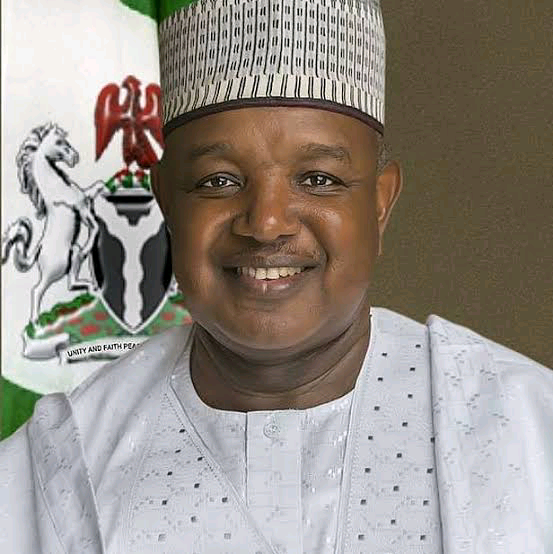 The women wing of the Kebbi State All Progressives Congress, APC, has flagged off it’s campaign for the 2023 general elections in Argungu.

The campaign rally turned out to be a carnival of the largest gathering of women in the history of Kebbi State.

The Chief Press Secretary, CPS, Abubakar Mu’azu Dakingari, in a statement, stated that the North-West Zonal Coordinator of the APC Women Presidential Campaign and wife of the Kebbi State governor, Dr. Zainab Shinkafi Bagudu, her husband, Senator Abubakar Atiku Bagudu, the state Director-General, APC Campaign Council, former Governor Sa’idu Usman Nasamu Dakingari, the APC gubernatorial candidate, Dr. Nasir Idris, the Kauran Gwandu and his running mate, Senator Umar Abubakar, the Tafidan Kabi, were overwhelmed by the presence of thousands of women, who hearkened to the call of the party to the flag-off campaign.

Governor Bagudu, who is vying for the Kebbi Central senatorial seat, beaming with smiles, commended his wife, Dr. Zainab Bagudu, for organizing and mobilizing such gigantic gathering of women, which he described as a good omen for the victory of the APC in this year’s elections.

Governor Bagudu traced the antecedent of such massive support by women to 2015, saying that women were the back bone of APC victory that led to the election of President Muhammadu Buhari, National and state Assemblies’ members.

The Kebbi State Chief Executive was emphatic that the APC was proud about the efficacy of women and that was the major reason the APC-led Federal and state governments attached utmost importance to the socio-economic, health and educational wellbeing of women.

Bagudu averred that as at today, the APC-led administration has provided empowerment to more than 20 million women nationwide, in addition to women education to enable them become self-reliant.

Senator Bagudu added that the APC has also given equal political opportunity to women to vie for elective positions, which made it possible for the emergence of an APC female governorship candidate in Adamawa State for the 2023 elections, whose flag-off campaign was performed in Yola by President Muhammadu Buhari and attended by him, as the Chairman of the Progressives Governors’ Forum, PGF.

He added that furthermore, the Federal Government has made it possible for a Nigerian woman, Hajiya Amina Muhammad, to become the Deputy Secretary-General of the United Nations, as well as Dr. Ngozi Okonjo-Iweala to emerge as the Director-General of the World Trade Organization, WTO.

Likewise, the Buhari administration appointed two females successively as Ministers of Finance and National Planning, Mrs. Kemi Adeosun and Hajiya Zainab Ahmad, while the President also ordered the Minister for Foreign Affairs to market the candidacy of his wife, Dr. Zainab Shinkafi Bagudu, when she contested the election of the head of the World Cancer Organization.

Governor Bagudu added that in addition, the present chairpersons of the Nigerian National Petroleum Company Limited, and the Niger Delta Development Commission, are both women appointed by President Buhari.

He said that in Kebbi state, his administration has appointed women to top positions in the civil service, where seven Permanent Secretaries were females, while two women Commissioners of Justice were appointed one after another.

Senator Bagudu thanked his wife, Dr. Bagudu for striving to improve the welfare and health status of women in the state, saying that his administration has also expanded the women in Nigeria project to cover all the 21 local government areas under which 18,000 women in each local government would receive financial empowerment.

At the rally, Governor Bagudu solicited for massive votes for the APC from the women to secure victory for all its candidates in this year’s general elections, from the Presidency to the state House of Assembly.

The governor presented the APC flag to the gubernatorial candidate of the party, Dr. Idris, and his deputy, Senator Tafida, assisted by the APC Zonal Vice Chairman, Kebbi North, Alhaji Sahabi Lolo and the DG Campaign Council, former Governor Dakingari.

Addressing the women, the wife of the governor, Dr. Bagudu, who wore an attire bearing the APC symbol and the picture of Dr. Idris, thanked her husband, Governor Bagudu for his unrelenting support for her to succeed and for uplifting the welfare of the women folk.

Dr. Bagudu urged women to collect and safeguard their permanent voter cards, PVCs, saying that they should troop out fully to cast their votes for the APC at the polls, for the governorship candidate, the presidential flag bearer and all contestants of the party.

Similarly, the two wives of Dr. Idris, Hajiya Zainab Nasare and Hajiya Nafisa, who also spoke at the campaign rally, commended Dr. Bagudu and her husband, Senator Bagudu, for laying the foundation of people-oriented development which provided convenient platform for their husband to campaign for election.

They commended the women for their massive show of solidarity, urging them to translate such love into victory for Dr. Idris.

Other speakers at the rally were the APC gubernatorial candidate for Kebbi State, Dr. Idris, and his running mate, Senator Tafida, the Director-General, APC Campaign Council, former Governor Dakingari, the APC Zonal Vice Chairman, Kebbi North, Alhaji Lolo and the state APC Director-General, Women Campaign for gubernatorial election, Hajiya Tsahara Bawa, who solicited for full scale votes of the women for the APC in the forthcoming elections.