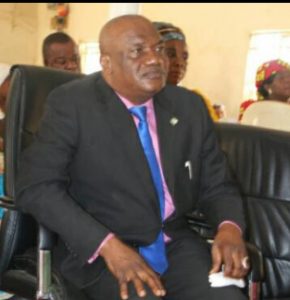 The General Overseer of The Crown of Life Bible Church, Jalingo and Vice Chairman, North East zonal chapter of the Christian Association of Nigeria, CAN, Rev. Dr. Innocent Solomon, has urged President Muhammadu Buhari to end the killings in the country or step aside.

In a statement released in Jalingo and made available to journalists, Solomon appealed to Buhari to save his good name and the precious lives being wasted by taking practical steps to end the killings.

He said, “A good name they say is better than silver and gold. The President should safe his name and work towards ending the killings or consider stepping aside.

“Nigeria is gradually sliding into a failed state under the leadership of Muhammadu Buhari due to the heightened state of insecurity, blood shedding and acts of lawlessness by bandits and armed groups that appear to overwhelm security agencies in some parts of the country.

“I want to call on the President to honourably step aside and rest, rather than hanging on and being seen as incompetent, weak, insensitive and sectional.

“While I believe it is not too late for the President to redeem his name, critical at this point is for him to act urgently as a father of the nation.”

Our correspondent reports that insecurity in the country has attracted the attention of many, leading to protests and calls for the sack of the service chiefs.