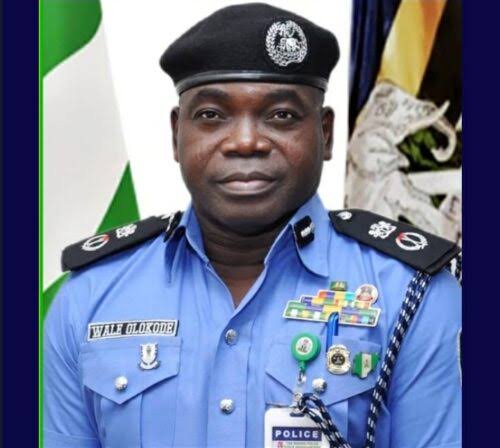 Parents of late Idris Ajibola, who was allegedly chased to death by yet-to-be-identified police officers said that they were seeking justice to serve as a deterrent to erring security officers in the country.

The parents of the deceased said this as the Osun Judicial Panel of Inquiry on Police Brutality, Human Rights Violations and Related Extra Judicial Killings resumed hearing on Friday.

Mother of the deceased, Mrs Titilayo Ajibola, while addressing journalists after tendering some documents as exhibits through her counsel before the panel, insisted that the Police and other concerned authorities must fish out the killers of her son and pay the family a sum of N5 billion as compensation.

This is even as the panel disclosed that it had received two more petitions, thus bringing to 34 the petitions before it.

The panel has also adjourned the Ajibola case to 19th of February for further hearing.

Mr. Kehinde and Mrs. Titilayo Ajibola, parents of the deceased, had approached the panel to seek justice for the killing of their son.

Addressing journalists after the hearing of the petition, the counsel to the petitioners, Barrister Kanmi Ajibola, said the parents insisted on the payment of N5 billion as compensation in order to teach the police an unforgettable lesson, adding, “Let the officers and men of the Force bear the brunt of their brutality; and let this serve as a deterrent to other erring officers.”

He added, “We have two prayers before the panel. One, we are asking that the killers, the chasers who chased the deceased to death, be investigated and brought to book.

“And secondly, for somebody to have nurtured a promising son, whose life was untimely terminated, we should be given a sum of N5 billion as damages to teach two lessons.

“Though we understand the fact that no amount of money can quantify the soul of the deceased, we felt that it was necessary for the parents of the slain to be adequately compensated.

“Doing this, is for them to go and protect the lives and property of the citizenry, and not to take their lives or victimise them.

“The compensation we are seeking for is to teach the top hierarchy of the police the need to caution their subjects from time to time so that they would not go and be killing people, beating people and using guns meant to protect the citizens to victimise or brutalise them, as seen in the way they have been doing. We want to establish that lesson.

“Secondly, though there is no amount of money that can quantify the life of the deceased, the parents who have laboured and invested hugely on the deceased must be adequately compensated.

“So, our ground on this is non-negotiable, because we are determined to pursue this case to any limit. If the recommendation given in the panel at the end of the matter is not palatable to us, we have all it takes to take the matter beyond this place. We are resolute to fight this cause to the last length. A lesson must be channelled and taught.”

When asked if he has confidence in the panel to dispense justice, Ajibola said the outcome and recommendation of the panel would determine the next line of action on the case.

He added, “All we want is justice and the justice we are seeking must include the thorough investigation of the unknown officers who perpetrated the act and the need to adequately compensate the parents of the victim.

“On the need for us to prove our case beyond reasonable doubt by including the names of the suspected perpetrators of the offense, I am assuring that we are ready to give the necessary information to back the petition and ensure that those  involved in the murder of the deceased are made to face the full wrath of the law.

“We have been granted the request to amend our petition and to include the petition written to the Commissioner of Police, informing him of the unlawful act of the members of the Force that led to the killing of the deceased. We have tendered this as an exhibit and this would reflect on the amended petition, which would be brought before the panel on the next adjourned date.

“Although in the petition written to the Commissioner of Police, we suggested two names to serve as an insight for the police to kickstart their investigation.

“This is the second time that we will be seeking for the amendment of the petition. The first request was the need to include the total sum of the money as compensation, while the other is the need to include as exhibit, the copy of the petition written to the Commissioner of Police, informing him of the established misconduct of officers of the Force on the said date.”

Corroborating her counsel, Mrs. Ajibola said that the request for the huge sum of money was aimed at quantifying what the deceased would have done for them if not killed untimely.

She said, “We are demanding for N5 billion as compensation because we knew that if his life was not terminated, he would do more than that for us as parents.”