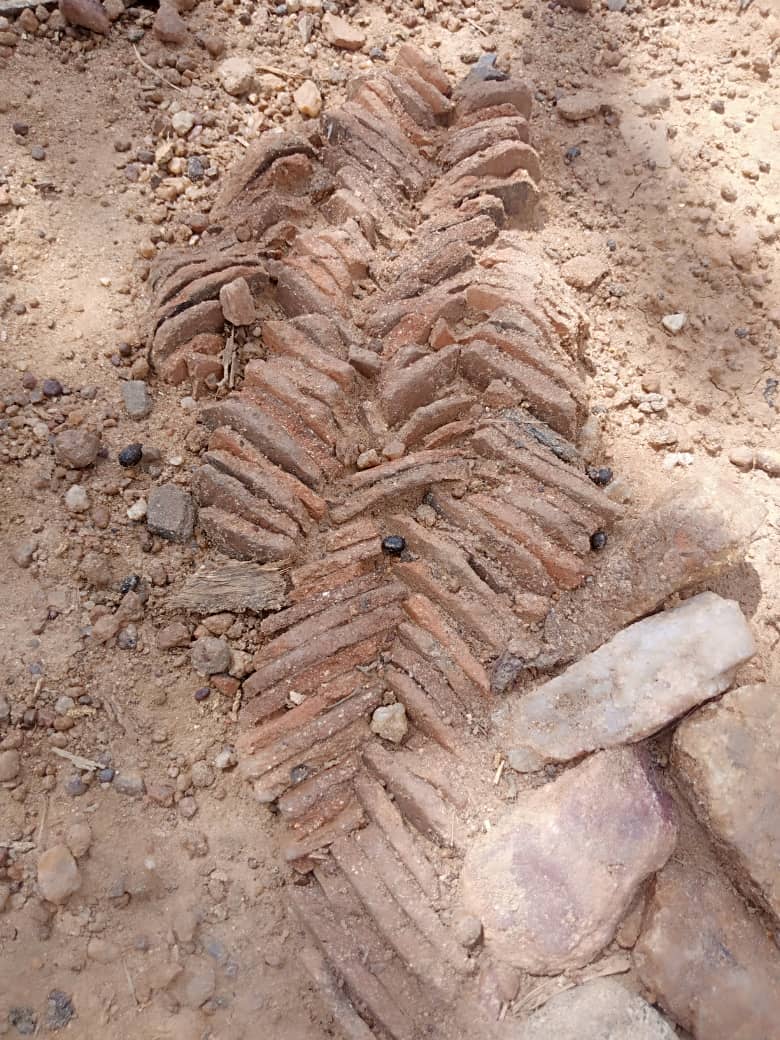 A long potsherd pavement, an archaeological and tourism feature, has been discovered at the palace of the paramount ruler of Imesi Ekiti, the Onimesi of Imesi Ekiti in Gboyin Local Government Area of Ekiti State.

Exposing this historical and trans-generational cultural heritage asset during a visit by the Senior Special Assistant on Tourism Development to Ekiti State governor, Ambassador Wale Lanre-Ojo to his palace, the Onimesi, Oba Adetunji Olatunde, said that the potsherd pavement has a trail, not only in his place, but in other parts of town.

An elated Ojo-Lanre, who said he was in Imesi-Ekiti in furtherance of his assignment of profiling historical and cultural heritage of tourism significance in Ekiti State, could not contain his excitement while being conducted round the palace by Oba Olatunde, unveiled the potsherd pavement, which he said dated back to hundreds of years.

The SSA said that those potsherd pavements are evidence of age long civilization associated with the ancestral towns of historical significance.

He added that with the assistant of archaeologist, there could be more revelation on the Imesi potsherd pavements.

Oba Olatunde disclosed, “Imesi town is an ancient town of rich and glorious past. An old kingdom that has given birth to many towns in Yoruba land.

“Apart from this potsherd pavement, Imesi also harbours many heritage and touristic assets like Iseku stream, which has been found to be of medicinal value and the traditional healing water of great potent, and a cave which harboured our forefathers during the ancient wars.”

Speaking further, the Onimesi of Imesi Ekitir revealed, “I am a product of a rich cultural pedigree. I understand the value which the enhancement of tradition, arts, culture and tourism could bring to a town.

“That is the main reason we are branding Imesi as a cultural-tourism town of immense proportion.

“You see that our Imesi Museum of Royal Antiquities, which is the first in the state, is 95 per cent complete and will be inaugurated during the First Year coronation ceremony slated for between June 12 and 17.

“And within the time, Imesi will host the first Royal Arts exhibition in Ekiti State.”

Frustration From My Wife Made Me Set Our House Ablaze -Husband