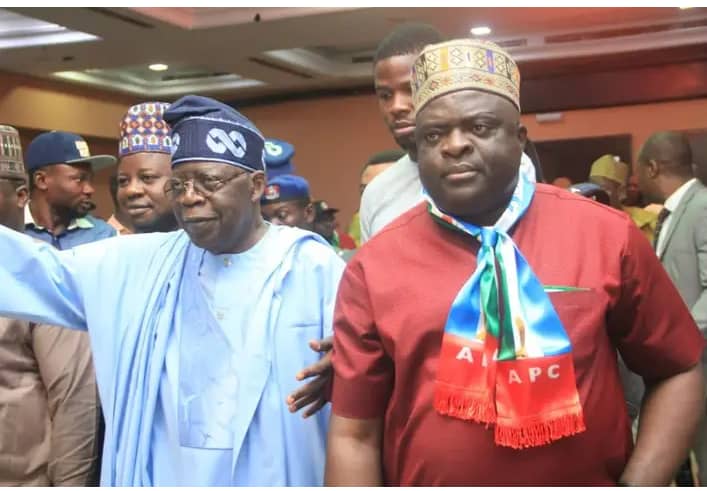 The Deputy Chairman of the Cross River State chapter of the All Progressives Congress, APC, Prince Eka Williams, has been appointed as the Cordinator of all support groups working for the emergence of APC presidential candidate, Asiwaju Ahmed Bola Tinubu as Nigeria’s President in the 2023 presidential elections.

Williams’ appointment, which takes immediate effect, was announced by the state chairman of the APC, Mr. Alphonsus Eba Ogar, who disclosed that the move was to enable the party streamline and cordinate all the activities of registered political support groups, working for the election of Asiwaju Tinubu in the 2023 elections.

Prince Williams will brings his wealth of experience to bear as a former coordinator of Neighbor 2 Neighbor Campaign Network and coordinator of over 20,000 support groups during former President Goodluck Jonathan campaign days.

Speaking on the new appointment, an APC youth leader in the state, Comrade Bassey Adam, described Williams as one with the political clout to make things happen any time, any day.

He said, “Williams’ wealth of experience will help him to drive the process to a logical conclusion without the party leadership having any regret.

“As a chartered accountant by training, I think this is the right place and time that the managerial efficiency which he has can come to bear.

“Williams has in the last two decades been managing both men and material resources, a businessman, a politician, and a life coach, who many in his immediate constituency see as a great mobilizer.”

Other positions held by the APC chieftain include: Commissioner I with the Cross River State Sports Commission; member, Cycling Federation of Nigeria; board member, Science and Technology Complex, Shedda; Youths and Students Affairs Coordinator, Goodluck Support Group, among others.

APC Chieftain To Amosun: With Or Without You, Abiodun’ll Be Re-Elected