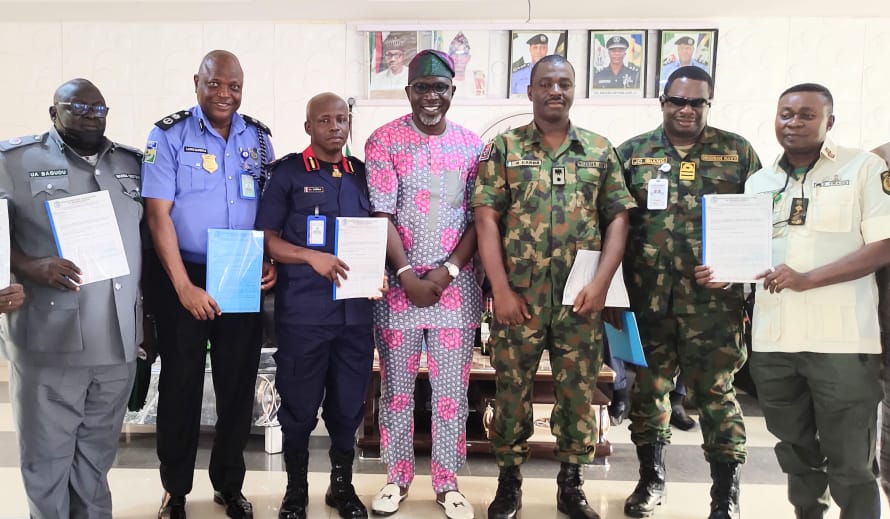 …As Registration Begins For Participants

The second edition of SWAN/Security Cup received a boost on Wednesday, as the Security Council in Ogun State has given its approval for the football competition for security and safety agencies in the state.

A statement signed by SWAN Secretary, Michael-Azeez Ogunsiji, stated that the security chiefs, at their monthly council meeting, embraced the initiative by the Ogun State chapter of the Sports Writers Association of Nigeria, SWAN.

Recall that the Nigeria Security and Civil Defence Corps, NSCDC, defeated the Nigeria Police 2-1 in the finals of the 2021 edition to emerge champions.

Speaking earlier, the Ogun State SWAN Chairman, Hakeem Akintunde, said that the competition is to form synergy among security agencies and create affinity among the file and rank and officers.

Akintunde maintained that the competition has created healthy rivalry among the nine agencies that participated in the 2021 edition, urging other security outfits, such as Nigeria Customs, Nigeria Immigration, Nigerian Army, and Nigerian Navy to join the festival this year.

Assuring the security chiefs of an improved competition this year with the support of corporate sponsors ready to partner with the association, he said, “We want to keep our promise of hosting this competition yearly, we cannot go ahead without your assurance of participation, so, we have come up with a proposal and all needed information to aid your quick approval.”

Many of the security chiefs who assured of their participation disclosed that many people are not aware that they have a football team ready to play in such competition.

Responding, the Assistant Comptroller of Customs in the state, ASC Bagudu commended the SWAN for the noble idea.

He stressed that the competition will no doubt improve the mental and physical alertness of the operatives.

He expressed readiness of the command to participate in the second edition of the competition.

The SWAN/Security and Safety Cup will begin on September 1, 2022 with the finals expected to take place on 17th September, 2022 at the MKO Abiola Stadium, Kuto, Abeokuta.